Estudiantes de La Plata head into this match following on from a 1-1 Superliga drawn game versus Rosario Central.

A common aspect of recent Estudiantes de La Plata games is the high number of scores with a nil in them.

Taking their previous sextet of matches leading up to this one, in as many as 5 of them a wager on BTTS would have been a losing one.

Defensa y Justicia will come into the game following a 2-1 Superliga win with the defeat of Argentinos Juniors in their previous game.

Delving into their past head to head meetings stretching back to 17/12/2016 tells us that these encounters have ended in disappointment for Estudiantes de La Plata. They have not managed to register any victories at all while Defensa y Justicia have maintained the edge over them, winning in 83 per cent of those matches played.

An aggregate of 15 goals were scored between the two sides throughout the course of those matches, with 5 for Los Pincharratas and 10 being from Halcón. That’s an average goals per game figure of 2.5.

The previous league contest featuring these clubs was Superliga match day 16 on 16/10/2021 which ended up with the score at Defensa y Justicia 2-1 Estudiantes de La Plata.

In that match, Defensa y Justicia had 48% possession and 15 attempts at goal with 5 on target. The goalscorers were Miguel Ángel Merentiel (22') and Walter Bou (71').

On the other side, Estudiantes de La Plata got 8 shots at goal with 1 of them on target. Gustavo Del Prete (51') was the scorer.

With a fully healthy group available for selection, the Defensa y Justicia boss Sebastián Beccacece does not have any fitness concerns to speak of before this clash.

Our thinking is that Estudiantes de La Plata will most probably get a lot of shots on goal and make them count.

At the same time, Defensa y Justicia will be up against it finding the net themselves but we do think that it’s more than likely that they will be scoring here as well.

We’re therefore anticipating a comfortable 3-1 margin for Estudiantes de La Plata at the end of the match. 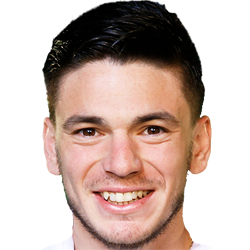 Mostly playing in the Right Attacking Midfielder position, Manuel Castro was born in Durazno, Uruguay. After having made a senior debut playing for Estudiantes de La Plata in the 2018 - 2019 season, the goalscoring Midfielder has contributed 2 league goals in this Primera División 2022 season so far coming from a total of 19 appearances.

We have made these Estudiantes de La Plata v Defensa y Justicia predictions for this match preview with the best intentions, but no profits are guaranteed. Please always gamble responsibly, only with money that you can afford to lose. Best of luck.