Östers IF
Degerfors IF
2 - 0
Superettan

Östers IF vs Degerfors IF Prediction & Betting Tips

The Superettan clash at Myresjöhus Arena on Saturday will see home team Östers IF welcoming opponents Degerfors IF.

Scroll down for all of our predictions, poll and stats for the Östers IF v Degerfors IF game - plus the latest match odds.

Östers IF are hoping to win again following the 0-2 Superettan triumph versus Norrby IF.

The only name on the scoresheet from Östers IF was Nicolas Mortensen (78', 86').

Over their past six games, Denis Velic's Östers IF have seen rewards for their attempts on goal 8 times - an average number of goals per match of 1.33.

Leading up to this clash, Östers IF:

In their last game, Degerfors IF drew 0-0 in the Superettan match with IK Brage.

Indicating their fondness for eventful encounters, goals have been seen as many as 20 times in the prior 6 matches in which Degerfors IF have sent out their troops, making it an average of 3.33 goals per fixture. Opposing teams have got 3 of this grand total.

Pre-game facts show that Degerfors IF:

Looking at the statistics for their head to head meetings stretching back to 01/04/2018, there has been little between the sides with Östers IF winning 2 of those games, Degerfors IF 2 and 2 being drawn in normal time.

A total of 20 goals were shared by the two clubs in these games, with 10 of them for Östers and 10 netted by Degerfors. That’s an average goals per game figure of 3.33.

Östers IF boss Denis Velic will be thankful to have no fitness concerns whatsoever before this game owing to a fully healthy group ready to go.

Due to a fully injury-free squad available to choose from, Degerfors IF boss Tobias Solberg has no fitness concerns to speak of before this clash.

Here, we’re thinking that Östers IF may not find it easy to break down this Degerfors IF outfit who we reckon will be able to grind out a win.

We therefore see a good battle with a 0-1 winning margin for Degerfors IF at the conclusion of the game.

Over/Under 2.5 Goals Prediction for Östers IF vs Degerfors IF
Under 2.5 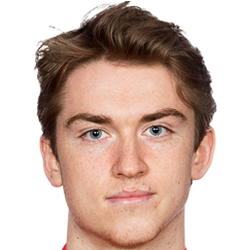 Normally taking to the field in the Centre Midfield position, Carl Johansson was born in Blomstermåla, Sweden. After having played his first senior match for Kalmar FF in the 2016 season, the dangerous Midfielder has hit 4 league goals in this Superettan 2020 campaign so far coming from a total of 21 appearances.

We have made these Östers IF v Degerfors IF predictions for this match preview with the best intentions, but no profits are guaranteed. Please always gamble responsibly, only with money that you can afford to lose. Good luck if you do place a bet today.