Den Bosch come up against the visiting FC Oss at Stadion De Vliert in this Eerste Divisie meeting on Friday.

Our full set of predictions, statistics and match poll for Den Bosch v FC Oss can be seen below - along with the latest match odds.

Den Bosch will be looking for another win after a 0-1 Eerste Divisie triumph versus MVV.

In that match, Den Bosch managed 53% possession and 14 shots at goal with 4 of them on target. The only player on the scoresheet for Den Bosch was Steven van der Heijden (68'). MVV got 7 shots on goal with 1 on target.

Den Bosch haven’t been able to stop scoring goals, finding the back of the net in one hundred percent of their last 6 games.

They’ve claimed a sum of 10 during that time while seeing the number of goals scored against them stand at 7. We will just have to see whether or not that trend can be continued on into this next match.

Going into this encounter, Den Bosch have not been beaten in their last 3 league matches at home.

In their last fixture, FC Oss drew 0-0 in the Eerste Divisie tie with Helmond Sport.

In that game, FC Oss had 56% possession and 7 attempts on goal with 4 on target. At the other end, Helmond Sport got 9 attempts at goal with 1 on target.

Looking at their form, and FC Oss have been scored against in 5 of their last 6 games, with opponents netting 12 goals in all. Defensively, FC Oss have some weaknesses to address.

An examination of their prior head-to-head meetings going back to 09/03/2018 shows us that Den Bosch have won 4 of these games & FC Oss 1, with the number of drawn matches being 1.

In all, 11 goals were yielded between them throughout the course of those matches, with 9 for Blue White Dragons and 2 netted by TOP Oss. That is an average goals per game value of 1.83.

The previous league encounter between these sides was Eerste Divisie match day 31 on 02/04/2021 which finished with the scoreline of Den Bosch 1-0 FC Oss.

FC Oss had 11 attempts on goal with 1 of them on target.

The Den Bosch manager Jack de Gier has no fitness concerns whatsoever ahead of this game with a completely injury-free squad to pick from.

Owing to a fully injury-free squad ready to go, the FC Oss manager Bob Peeters has zero fitness worries whatsoever before this clash.

It’s pretty clear that FC Oss will have a tough assignment to put one past a Den Bosch outfit who seem set to boss most aspects of this game if it turns out as we expect.

We can see a commanding 3-0 win for Den Bosch at full-time. 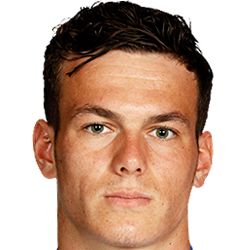 We have made these Den Bosch v FC Oss predictions for this match preview with the best intentions, but no profits are guaranteed. Please always gamble responsibly, only with money that you can afford to lose.