Den Bosch will arrive at Kras Stadion on Friday for the Eerste Divisie tie with hosts FC Volendam.

Our FC Volendam v Den Bosch predictions, statistics and match poll can be seen below - along with the latest match odds.

FC Volendam will be hoping for a repeat of their last result, following the 0-1 Eerste Divisie success vs Jong Utrecht.

Matches featuring FC Volendam have often been entertaining ones of late with a lot of goalmouth action being the norm. Over their past half dozen clashes alone, the sum of 23 goals have gone in for both teams combined (at an average of 3.83 goals per game) with 12 of those being chalked up by FC Volendam.

Den Bosch go into this encounter following a 1-0 Eerste Divisie win to beat FC Oss in their last fixture.

Over the course of their last half-dozen clashes, Den Bosch have helped themselves to the sum of 10 goals. Den Bosch have additionally got on the scoresheet on each one of those occasions. In that time, their defenders have had 7 goals go against them. That pattern isn’t assured to be carried forward into this game, of course.

Analysis of their past results shows that Den Bosch:

A review of their past head to head meetings dating back to 25/03/2018 shows that FC Volendam have won 3 of these & Den Bosch 1, with the tally of draws standing at 2.

A combined total of 20 goals were scored between them during those clashes, with 15 from Het Andere Oranje and 5 netted by Blue White Dragons. That’s an average goals per game figure of 3.33.

The last league match featuring these clubs was Eerste Divisie match day 28 on 12/03/2021 which finished with the scoreline of Den Bosch 1-5 FC Volendam.

The FC Volendam manager Wim Jonk will be happy not to have any fitness concerns whatsoever ahead of this match owing to a fully injury-free group available to select from.

With a fully injury-free squad ready to go, the Den Bosch manager Jack de Gier doesn’t have any fitness concerns at all coming into this clash.

It seems to us that Den Bosch will have a tough assignment to be getting goals against a FC Volendam outfit who will more than likely score a lot of goals.

We are predicting a very comprehensive 3-0 margin for FC Volendam at the end of the game. 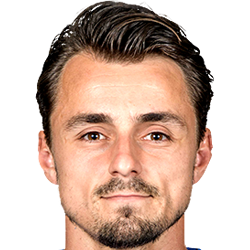 Mostly deployed in the Left Wing position, Daryl van Mieghem was born in Amsterdam, Netherlands. After having played his first senior match for Heracles Almelo in the 2011 - 2012 season, the gifted Forward has bagged 8 league goals in this Eerste Divisie 2021 - 2022 season to date in 14 appearances.

While we have made these predictions for FC Volendam v Den Bosch for this match preview with the best of intentions, no profits are guaranteed. Always gamble responsibly, and with what you can afford to lose. Good luck!