All of our predictions, stats and the user poll for Den Bosch v Jong PSV are shown below - plus the latest betting odds.

Den Bosch will be looking to improve on their last outing here following the 4-1 Eerste Divisie defeat last time out to FC Eindhoven.

Den Bosch have really been misfiring in more recent games. Their sum of goals equals just 2 versus opponents over their last 6 outings. In those games, Den Bosch have also seen the number of goals against them come to 14.

After a losing effort in their last game against NAC Breda in Eerste Divisie competition, Jong PSV will be aiming to make amends here.

If we look at their past head to head duels going back to 20/12/2019, there has been little between the sides with Den Bosch winning 3 of those games, Jong PSV 3 and 0 being drawn in normal time.

A sum of 17 goals were scored between them during those clashes, with 8 of them from Blue White Dragons and 9 netted by Rood-witten. The average goals per game has been 2.83.

The previous league meeting between these clubs was Eerste Divisie match day 8 on 12/09/2022 which finished with the scoreline of Jong PSV 3-1 Den Bosch.

Almost everyone can be considered, as there’s just the sole fitness concern for the Den Bosch gaffer Jack de Gier to be concerned with thanks to an almost full-strength set of players. Jordy van der Winden (Cruciate Ligament Rupture) misses out.

Due to a completely healthy squad available for selection, the Jong PSV boss Adil Ramzi doesn’t have any fitness worries whatsoever before this match.

We feel that Jong PSV and Den Bosch may well end up cancelling each other out here.

A draw looks like a realistic possibility, but we’ll see what happens. We’re therefore predicting a very even match with a score draw at the end of this game. 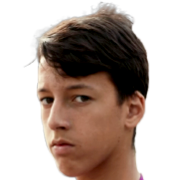 Typically taking up the Central Attacking Midfielder position, Anass Ahannach was born in Netherlands. Having made his senior debut playing for Almere City in the 2017 - 2018 season, the accomplished Midfielder has hit 3 league goals in the Eerste Divisie 2022 - 2023 campaign to date in 16 appearances.

While we have made these predictions for Den Bosch v Jong PSV for this match preview with the best of intentions, no profits are guaranteed. Always gamble responsibly, and with what you can afford to lose. We wish you the best of luck.