Return to this page a few days before the scheduled game when this expired prediction will be updated with our full preview and tips for the next match between these teams.
Full-Time Result Prediction for Den Bosch vs NEC
Draw

We envisage that NEC and Den Bosch should play out a closely-fought contest here. A close call, and we think a draw is quite likely. We’re therefore anticipating a very even match with a 1-1 score draw after 90 minutes. For all of our match predictions, pre-game poll and statistics for Den Bosch v NEC, scroll down - as well as the best betting odds.

Their previous form shows that NEC:

Ahead of this clash, Den Bosch haven’t won at home in the past 2 league games. 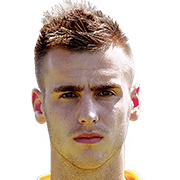 Customarily taking to the field in the Left Wing position, Danny Verbeek was born in Den Bosch, Netherlands. Having made his senior debut playing for Den Bosch in the 2008 - 2009 season, the gifted Forward has scored 3 league goals in this Eerste Divisie 2019 - 2020 campaign to date in a total of 4 appearances.

While we have made these predictions for Den Bosch v NEC for this match preview with the best of intentions, no profits are guaranteed. Always gamble responsibly, and with what you can afford to lose. Best of luck.