Den Bosch will be at Parkstad Limburg Stadion on Saturday for the Eerste Divisie clash with home side Roda JC Kerkrade.

All of our predictions, stats and the user poll for Roda JC Kerkrade v Den Bosch are shown below (including the best match odds).

Roda JC Kerkrade won’t want a repeat of their last result here after a 3-0 Eerste Divisie loss in their previous game against SC Cambuur.

Fixtures involving Roda JC Kerkrade have usually been exciting encounters of late with plenty of scoring expected. Over their past six clashes alone, a total of 20 goals have flown in for both teams combined (at an average of 3.33 goals per game) with 10 of these accredited to De Koempels.

Their prior results show that Roda JC Kerkrade:

Following on from being beaten in their last game against Excelsior in Eerste Divisie action, Den Bosch and their fans will hope to get a better result this time.

Elías Már Ómarsson (94') was the scorer for Excelsior.

The numbers tell their own story, and Den Bosch have been scored against in 5 of their last 6 games, letting opponents get 12 goals overall. Defensively, Blue White Dragons certainly have room for improvement. Let’s find out whether or not that trend will be continued on here.

A glance at their past head-to-head clashes dating back to 21/12/2014 shows us that Roda JC Kerkrade have won 2 of these games & Den Bosch 3, with the number of drawn games standing at 1.

15 goals were shared by the two clubs in this period, with 5 for De Koempels and 10 created by Blue White Dragons. This gives an average number of goals per game equal to 2.5.

The last league encounter between these clubs was Eerste Divisie match day 25 on 07/02/2020 when the final score was Roda JC Kerkrade 1-5 Den Bosch.

The referee was Erwin Blank.

Our thinking is that Den Bosch are dangerous enough to breach the defence of this Roda JC Kerkrade outfit, but that isn’t expected to be enough to prevent defeat.

We’re expecting a narrow 2-1 win for Roda JC Kerkrade after the 90. Looking forward to this. 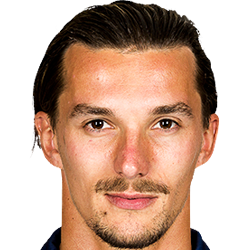 Typically played in the Right Wing position, Jordy Croux was born in Hasselt, Belgium. Having played his first senior match for KRC Genk in the 2011 - 2012 season, the skilful Forward has managed to score 3 league goals in the Eerste Divisie 2020 - 2021 campaign to date coming from a total of 8 appearances.

We have made these Roda JC Kerkrade v Den Bosch predictions for this match preview with the best intentions, but no profits are guaranteed. Please always gamble responsibly, only with money that you can afford to lose.