View all of the Hatayspor v Denizlispor predictions, poll and stats below (plus the best game odds).

Hatayspor will be hoping to bounce back here following the 7-0 Super Lig defeat last time out to Beşiktaş.

Matches involving Hatayspor have often been engaging ones recently with a lot of goalmouth action the rule rather than the exception. Over their past 6 games alone, the sum of 23 goals have been scored for both sides combined (at an average of 3.83 goals per game) with 9 of them belonging to Hatayspor. Despite that, we must now wait to see whether that trend might continue on here in this match.

Heading into this fixture, Hatayspor are unbeaten in their last 2 home league matches.

Following on from a losing effort in their last game against Çaykur Rizespor in Super Lig competition, Denizlispor and their fans will hope to get a better result this time.

Demonstrating their bias toward action-packed matches, goals have been celebrated 24 times in the previous 6 games in which Denizlispor have taken to the pitch, making it a mean average of 4 goals each fixture. Opposition teams have managed 15 of those goals.

Going into this contest, Denizlispor are without an away win for the past 11 league matches. Their travelling support will be needed here, for sure.

The previous league encounter between these sides was Super Lig match day 19 on 17/01/2021 and the score finished Denizlispor 0-2 Hatayspor.

The match was refereed by Koray Gençerler.

It looks to us that Hatayspor will probably create the chances to score more than once when they come up against Denizlispor, who may well find it hard scoring.

We’re therefore anticipating a pretty comfortable 2-0 victory for Hatayspor at the end of this one. 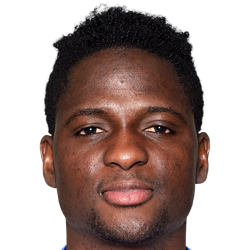 Mostly taking to the field in the Right Attacking Midfielder position, Babajide David was born in Nigeria. Having played his first senior match for FC Midtjylland in the 2015 - 2016 season, the talented Midfielder has scored 6 league goals in the Süper Lig 2020 - 2021 campaign so far in 32 appearances.

We have made these Hatayspor v Denizlispor predictions for this match preview with the best intentions, but no profits are guaranteed. Please always gamble responsibly, only with money that you can afford to lose. Best of luck with your selections.