Return to this page a few days before the scheduled game when this expired prediction will be updated with our full preview and tips for the next match between these teams.
Full-Time Result Prediction
👉
Kayserispor to Win

The Super Lig fixture at Kadir Has Şehir Stadyumu on Wednesday sees home side Kayserispor lock horns with Denizlispor.

Scroll down for all of our predictions, poll and stats for the Kayserispor v Denizlispor game - as well as the best betting odds.

Kayserispor will be hoping for a better result after the 3-1 Super Lig loss in their previous game against Beşiktaş.

In that game, Kayserispor had 37% possession and 6 attempts on goal with 1 on target. The only player to score for Kayserispor was Pedro Henrique (6'). For their opponents, Beşiktaş had 19 shots at goal with 7 of them on target. Rachid Ghezzal (4') and Georges-Kévin Nkoudou (13', 65') scored for Beşiktaş.

It’s been a rare occasion in recent games that Kayserispor have kept a clean sheet. In fact, Anadolu Yıldızı have seen their defence breached in 5 of their previous 6 games, giving up 8 goals in the process.

Previously, Denizlispor drew 1-1 in the Super Lig tie with Sivasspor.

The stats don’t lie, and Denizlispor have been scored against in 6 of their last 6 games, seeing their opponents hit 10 goals overall. Defensively, Horozlar have some weaknesses to address. We will have to find out if that trend can be sustained in this game.

Coming into this contest, Denizlispor are without an away win for the past 10 league matches. Their travelling support will be needed here, for sure.

An examination of their prior head-to-head meetings stretching back to 12/04/2009 shows that Kayserispor have won 4 of these games and Denizlispor 1, with the number of drawn games being 1.

A sum of 10 goals were yielded between them in this period, with 8 of them from Anadolu Yıldızı and 2 created by Horozlar. The average goals per game has been 1.67.

The last league game between the two was Super Lig match day 17 on 06/01/2021 when it finished Denizlispor 0-1 Kayserispor.

The referee was Ali Şansalan.

We’re inclined to think that Kayserispor will more than likely be able to score a couple when they meet Denizlispor, who could well find it tough to break down their defence.

We therefore think that it’s going to be a fairly comfortable 2-0 win for Kayserispor at the end of the match. 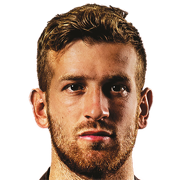 Generally deployed in the Left Attacking Midfielder position, Pedro Henrique was born in Santa Cruz do Sul, Brazil. After having played his first senior match for FC Zürich in the 2011 - 2012 season, the skilful Midfielder has struck 6 league goals in this Süper Lig 2020 - 2021 season so far from a total of 27 appearances.

While we have made these predictions for Kayserispor v Denizlispor for this match preview with the best of intentions, no profits are guaranteed. Always gamble responsibly, and with what you can afford to lose. Good luck if you do place a bet today.