All of our predictions, stats and the user poll for Denizlispor v Trabzonspor are shown below - as well as up-to-date odds.

Denizlispor will be looking for an improved result here after the 5-1 Süper Lig defeat last time out to Göztepe.

It has been all too rare in recent times where Denizlispor haven’t conceded. The reality is that Horozlar have failed to prevent opponents from scoring in 6 of their previous 6 games, leaking 11 goals during that time. Let’s find out whether or not that trend can be continued on here.

Heading into this contest, Denizlispor haven't been beaten in the league by Trabzonspor in their last 2 games.

After a losing effort in their last game against Beşiktaş in Süper Lig competition, Trabzonspor and their travelling fans will hope for a better result here.

Indicating their predisposition for productive matches, goals have been celebrated 25 times in the last 6 games in which Trabzonspor have taken to the field, giving a mean average of 4.17 goals for each meeting. Their opponents have managed 13 from this total.

Looking at the statistics for their head to head duels going back to 19/09/2008, both clubs have shared the honours with Denizlispor winning 3 of those games, Trabzonspor 3 and 0 being draws in regulation time.

A total of 13 goals were yielded between them in this period, with 7 from Horozlar and 6 for Karadeniz Fırtınası. This gives an average number of goals per game equal to 2.17.

The last league contest between these sides was Süper Lig match day 32 on 13/07/2020 when the final score was Denizlispor 2-1 Trabzonspor.

Denizlispor manager has no fitness worries whatsoever coming into this clash with a fully healthy squad ready to go.

In our opinion, Denizlispor will have to play well to break down this Trabzonspor outfit who we reckon should gain the upper hand.

We’ve gone for a good tussle with a 0-1 winning score for Trabzonspor at the end of this one.

Over/Under 2.5 Goals Prediction for Denizlispor vs Trabzonspor
Under 2.5 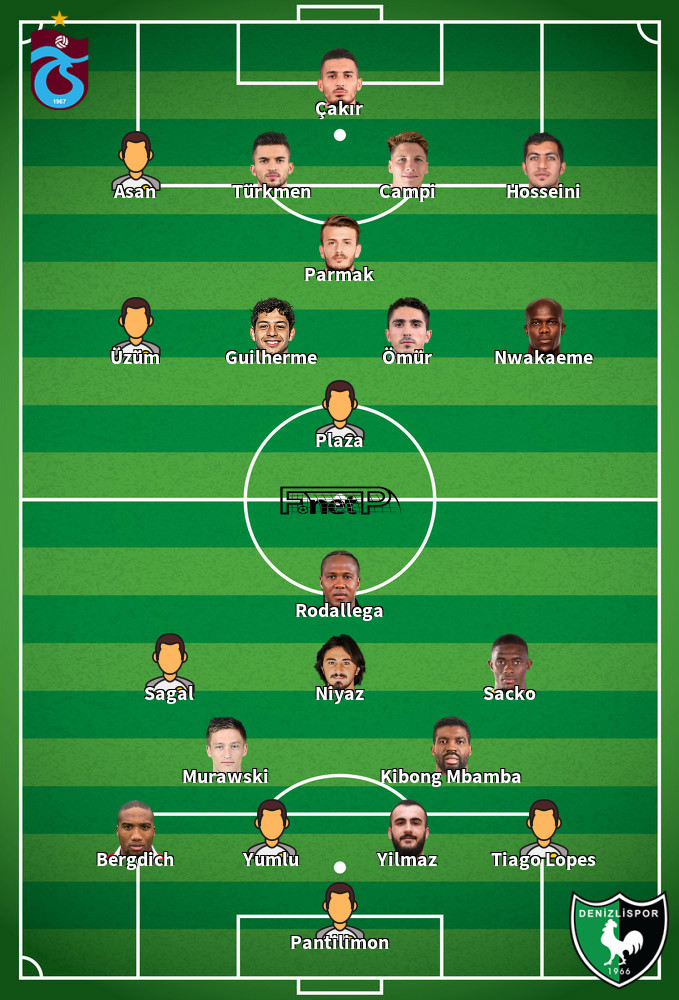 We have made these Denizlispor v Trabzonspor predictions for this match preview with the best intentions, but no profits are guaranteed. Please always gamble responsibly, only with money that you can afford to lose. Best of luck with your selections.