Derry City will do battle with guests Dundalk at Ryan McBride Brandywell Stadium in this Premier Division tie on Monday.

Our predictions, user poll and statistics for Derry City v Dundalk can be found here (including the best match odds).

Derry City will be looking for another win after the 2-0 Premier Division triumph vs Waterford.

Fewer than three goals per match were scored during 5 of the last 6 fixtures where Derry City have taken part. Breaking down the goal weighting from that period, their opponents scored an aggregate of 3 while The Candystripes managed a tally of 5.

Last time out, Dundalk drew 0-0 in the Premier Division match with Bohemian FC.

In the course of their six latest matches, Vinny Perth's Dundalk have found the back of the net a total of 6 times therefore earning them a goals scored per game average of 1.

Heading into this fixture, Dundalk are undefeated by Derry City when they've played them away from home in the last 5 league matches. A solid away record against them.

A look at their most recent head to head meetings going back to 03/05/2019 shows us that Derry City have won 0 of them and Dundalk 3, with the number of drawn results being 3.

An aggregate of 19 goals were yielded between them throughout the course of those matches, with 8 from The Candystripes and 11 for The Lilywhites. That’s an average goals per game figure of 3.17.

Derry City boss Declan Devine does not have any fitness concerns to speak of ahead of this match thanks to a fully healthy group available to select from.

With a fully healthy group to choose from, Dundalk boss Vinny Perth doesn’t have any fitness worries to speak of ahead of this match.

In our opinion, Derry City will need to put in a solid display to get anything against this Dundalk lineup who we think will likely get the win and a maybe even keep a clean sheet as well.

We’re therefore predicting a very competitive game with a 0-1 winning margin for Dundalk at full-time. 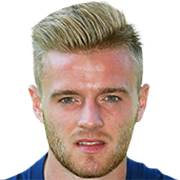 Regularly played in the Centre Midfield position, Conor Clifford was born in Dublin, Rep. Ireland. Having played his first senior match for Plymouth Argyle in the 2010 - 2011 season, the accomplished Midfielder has managed to score 2 league goals in the Premier Division 2020 campaign to date in a total of 7 appearances.

We have made these Derry City v Dundalk predictions for this match preview with the best intentions, but no profits are guaranteed. Please always gamble responsibly, only with money that you can afford to lose. We wish you the best of luck.