Our tips, poll and stats for Waterford v Derry City can all be found here - plus the latest match odds.

Waterford enter this fixture following on from a 1-1 Premier Division tied result versus Sligo Rovers.

The only player to score from Waterford was Phoenix Patterson (50'). Andre Wright (42') was the scorer for Sligo Rovers.

It has been a rare occasion in recent times where Waterford have kept a clean sheet. It will be a concern for them that Waterford have been scored against in 5 of their previous 6 games, giving up 7 goals in the process.

Leading up to this clash, Waterford:

Since suffering a loss in their previous game against Shamrock Rovers in Premier Division competition, Derry City and their travelling fans will hope for a better result here.

The only player to score from Derry City was Danny Lafferty (6'). Lee Grace (19') and Danny Mandroiu (44') scored for Shamrock Rovers.

The stats don’t lie, and Derry City have been scored against in 5 of their last 6 games, with opponents netting 9 goals in total. In defence, Derry City can certainly do much better. In any event, we will just have to wait and see if such a trend might persist in this upcoming match.

Looking at their most recent head to head clashes going back to 30/08/2019 tells us that Waterford have won 2 of these & Derry City 3, with the tally of draws standing at 1.

An aggregate of 13 goals were yielded between them in these games, with 5 of them from The Blues and 8 being from The Candystripes. The average number of goals per game works out to 2.17.

The last league game featuring these sides was Premier Division match day 19 on 02/07/2021 which finished with the scoreline of Derry City 2-0 Waterford.

Availability isn’t a big problem, with just the lone fitness concern for the Waterford gaffer Marc Bircham to be concerned with from an otherwise fully-primed group of players. Oscar Brennan (Facial Injury) is sidelined.

With a completely healthy group available to choose from, the Derry City boss Ruaidhrí Higgins has no fitness worries to report ahead of this clash.

Waterford will need to apply a lot of pressure to hit the back of the net against this Derry City outfit who we think will manage to score & go ahead.

We therefore think that it’s going to be a very competitive encounter with a 0-1 win for Derry City at the end of this game. 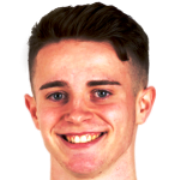 Normally taking to the field in the Striker position, Cian Kavanagh was born in Dublin, Rep. Ireland. After making a first senior appearance for Waterford in the 2021 season, the goalscoring Forward has netted 4 league goals in the Premier Division 2021 season to date in a total of 14 appearances.

While we have made these predictions for Waterford v Derry City for this match preview with the best of intentions, no profits are guaranteed. Always gamble responsibly, and with what you can afford to lose. Good luck with your selections.