Dinamo Zagreb will be the visitors at Stadion HNK Rijeka on Saturday for the Prva Liga showdown with home side Rijeka.

Our Rijeka v Dinamo Zagreb predictions, statistics and match poll can be seen below - as well as up-to-date odds.

Rijeka will be hoping for a repeat of their last result, following a 3-6 Prva Liga victory over Istra 1961.

Three or more goals per match were recorded in 5 of the past 6 meetings where Rijeka have played. Their opponents scored 12 of them in these games whereas Rijeka amassed a tally of 16. That aside, we must now wait to see whether that pattern will be replicated in this upcoming game.

Looking at their past form shows that Rijeka:

Dinamo Zagreb head into the game following on from a 8-0 Prva Liga win as they beat Hrvatski Dragovoljac in their last game.

The trend of at least one team drawing a blank in games featuring Dinamo Zagreb has become noticeable of late. Checking on their last six games shows that this has occurred 5 times. During these clashes, their opponents have hit a goal tally of 3 while Dinamo Zagreb have scored 19.

Going into this encounter, Dinamo Zagreb haven't been defeated by Rijeka when having played them away from home in the previous 2 league matches.

If we look at their past head to head meetings going back to 05/07/2020, neither club has come out on top overall with Rijeka winning 2 of those games, Dinamo Zagreb 2 and 2 being draws in regulation time.

The previous league clash between the two was Prva Liga match day 3 on 01/08/2021 when it finished Dinamo Zagreb 3-3 Rijeka.

The match was refereed by Tihomir Pejin.

There is just the sole fitness concern for the Rijeka boss Goran Tomić to be concerned about thanks to an almost full-strength group. Mikhail Merkulov (Unknown Injury) is out of contention.

Dinamo Zagreb manager Damir Krznar has a number of players out of action. Arijan Ademi (Ankle Injury) and Mislav Orsic (Muscle Injury) will miss out on this game.

In our view, Rijeka might have a difficult job to score goals against this Dinamo Zagreb side who we reckon should be able to grind out a win.

We therefore fancy a hard-fought contest, finishing with a 0-1 win for Dinamo Zagreb at the end of the 90 minutes. 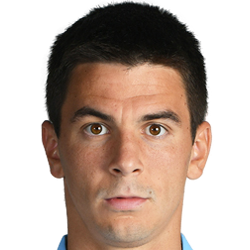 Mostly played in the Centre Midfield position, Domagoj Pavičić was born in Zagreb, Croatia. Having played his first senior match for Lokomotiva Zagreb in the 2012 - 2013 season, the talented Midfielder has managed to score 3 league goals in the Prva Liga 2021 - 2022 season so far from a total of 9 appearances.

While we have made these predictions for Rijeka v Dinamo Zagreb for this match preview with the best of intentions, no profits are guaranteed. Always gamble responsibly, and with what you can afford to lose. Good luck if you do place a bet today.