View all of the Dinamo Zagreb v West Ham United predictions, poll and stats below including the latest game odds.

In that game, Dinamo Zagreb had 68% possession and 25 attempts at goal with 10 on target. For Dinamo Zagreb, the goalscorers were Rasmus Lauritsen (68') and Luka Ivanušec (78'). Šibenik had 7 attempts on goal with 1 of them on target.

Their latest results reveal that much respect should be given to the Dinamo Zagreb backline. Dinamo Zagreb have been stingy, with the number of goals that have gone past their goalkeeper over the course of their last six outings standing at 3.

In their last fixture, West Ham United drew 0-0 in the Premier League tie with Southampton.

The Dinamo Zagreb boss Damir Krznar has no fitness worries whatsoever ahead of this match thanks to a completely healthy group ready to go.

Owing to a fully injury-free squad to choose from, the West Ham United manager David Moyes does not have any fitness worries whatsoever before this match.

We’re of the view that Dinamo Zagreb may well find it hard to get anything against this West Ham United lineup who we think might get the win and a maybe even keep a clean sheet as well.

We therefore see a narrow 0-1 victory for West Ham United when all is said and done. 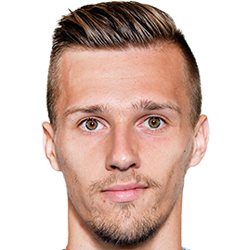 Typically used in the Left Attacking Midfielder position, Mislav Oršić was born in Zagreb, Croatia. Having made his senior debut playing for Inter Zaprešic in the 2009 - 2010 season, the goalscoring Midfielder has scored 2 league goals in this Prva Liga 2021 - 2022 campaign to date from a total of 4 appearances.

We have made these Dinamo Zagreb v West Ham United predictions for this match preview with the best intentions, but no profits are guaranteed. Please always gamble responsibly, only with money that you can afford to lose. Good luck!