Diósgyõri VTK are going up against visiting opponents Mezőkövesd at DVTK Stadion in this Nemzeti Bajnokság I game on Friday.

All of our predictions, stats and the user poll for Diósgyõri VTK v Mezőkövesd are shown below (plus the best game odds).

Diósgyõri VTK will be looking for a repeat result of the 1-3 Nemzeti Bajnokság I triumph versus Videoton FC.

It has not been often in recent games that Diósgyõri VTK haven’t conceded. It will be a concern for them that DVTK have been scored against in 5 of their previous 6 clashes, leaking 7 goals along the way.

In their last game, Mezőkövesd drew 0-0 in the Nemzeti Bajnokság I tie with MTK Budapest.

In the course of their six most recent matches, Attila Pintér's Mezőkövesd have slotted home a total of 7 times, earning them a goals scored per game average of 1.17.

Their prior results show that Mezőkövesd:

If we look at their past head to head duels going back to 27/04/2019, there is nothing to separate the two clubs with Diósgyõri VTK winning 3 of those games, Mezőkövesd 3 and 0 being draws after 90 minutes of play.

An aggregate of 14 goals were scored between the two sides throughout the course of those matches, with 5 from DVTK and 9 being from Mezőkövesd. The average goals per game has been 2.33.

The previous league clash featuring the two was Nemzeti Bajnokság I match day 12 on 29/11/2020 when it finished Mezőkövesd 2-1 Diósgyõri VTK.

The match was refereed by Zoltán Iványi.

Diósgyõri VTK manager Zoran Zekić will be thankful to have no fitness concerns whatsoever before this clash thanks to a completely healthy group available for selection.

Thanks to a fully injury-free squad to pick from, Mezőkövesd manager Attila Pintér has zero fitness concerns to speak of coming into this match.

When taking everything into account, Diósgyõri VTK will have to work hard as a team to score goals against this Mezőkövesd outfit who we reckon will score at least once to put them ahead.

We’re therefore predicting a very even match with a 0-1 advantage for Mezőkövesd at the end of the match. 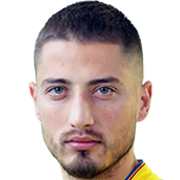 Generally used in the Left Attacking Midfielder position, Gheorghe Grozav was born in Alba Iulia, Romania. Having played his first senior match for Standard Liège in the 2010 - 2011 season, the skilful Midfielder has scored 6 league goals in the Nemzeti Bajnokság I 2020 - 2021 season to date in 18 appearances.

While we have made these predictions for Diósgyõri VTK v Mezőkövesd for this match preview with the best of intentions, no profits are guaranteed. Always gamble responsibly, and with what you can afford to lose. Good luck!