Our Diósgyõri VTK v Újpest FC tips, poll and stats can be seen in full below (including the best match odds).

Diósgyõri VTK, following on from their previous result, will be hoping for more of the same after the 0-1 Nemzeti Bajnokság I success vs Kisvárda.

The only name on the scoresheet from Diósgyõri VTK was Gheorghe Grozav (63').

In their preceding six games, Zoran Zekić's Diósgyõri VTK have seen rewards for their attempts on goal 6 times, with that being an average number of goals per match equal to 1.

Following on from a loss in their previous game against MTK Budapest in Nemzeti Bajnokság I action, Újpest FC and their travelling supporters will be hoping that they can get a better result in this one.

In a total of 6 out of the previous 6 games featuring Újpest FC, at least three goals have been struck. The overall average goals scored per game during that time is 3.5, with the number of goals averaged by Újpest FC equalling 1.5.

Going into this game, the form guide shows that Újpest FC:

A glance at their prior head-to-head meetings going back to 19/05/2019 shows us that Diósgyõri VTK have won 4 of them and Újpest FC 2, with the tally of drawn results standing at 0.

A total of 15 goals were yielded between them during those clashes, with 11 of them for DVTK and 4 netted by Lilák. The average goals per game has been 2.5.

The last league game featuring the two was Nemzeti Bajnokság I match day 21 on 12/02/2021 which finished with the scoreline of Újpest FC 1-0 Diósgyõri VTK.

The match was refereed by Gergő Bogár.

Diósgyõri VTK boss Zoran Zekić does not have any fitness worries whatsoever before this match thanks to a fully injury-free squad to pick from.

Owing to a fully injury-free squad to pick from, Újpest FC boss Michael Oenning does not have any fitness worries to speak of before this match.

We’re inclined to think that Újpest FC and Diósgyõri VTK could well end up finding themselves level here, with both teams capable of netting.

Let’s see how it plays out, but a draw is looking likely to us. That’s why we have predicted a very even match with a 1-1 scoreline when the full-time whistle blows. 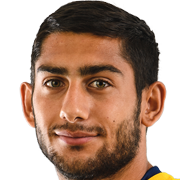 Mostly taking up the Right Wing position, Gábor Molnár was born in Miskolc, Hungary. After making a first senior appearance for Mezőkövesd in the 2016 - 2017 season, the skilful Forward has netted 5 league goals in the Nemzeti Bajnokság I 2020 - 2021 season to date coming from a total of 11 appearances.

While we have made these predictions for Diósgyõri VTK v Újpest FC for this match preview with the best of intentions, no profits are guaranteed. Always gamble responsibly, and with what you can afford to lose. Best of luck.