Djurgårdens IF line up against visitors IFK Göteborg at Tele2 Arena in this Allsvenskan fixture on Sunday.

Our full set of predictions, statistics and match poll for Djurgårdens IF v IFK Göteborg can be seen below (including the best match odds).

Djurgårdens IF are hoping to win again after their last result, a 3-2 Conference League triumph against Molde FK.

Their latest results reveal that quality has been evident in the Djurgårdens IF rearguard. Djurgårdens IF have been miserly, with the total number of goals that have flown into the back of their net during their previous 6 games standing at 3.

Looking at their past form shows that Djurgårdens IF:

Following on from a loss in their previous game against Helsingborgs IF in Allsvenskan competition, IFK Göteborg and their fans will hope to get a better result this time.

Mikael Stahre's IFK Göteborg have found the back of the net 10 times throughout their latest sextet of matches. The total of goals that have been scored against them during those matches comes to 6.

Looking over their prior head-to-head clashes stretching back to 21/10/2019 shows us that Djurgårdens IF have won 2 of these & IFK Göteborg 1, with the number of drawn matches standing at 3.

13 goals were yielded between them during those clashes, with 6 from Blåränderna and 7 being from Blåvitt. The average number of goals per game works out to 2.17.

The previous league clash featuring the two was Allsvenskan match day 4 on 20/04/2022 when the final score was IFK Göteborg 1-1 Djurgårdens IF.

In that game, IFK Göteborg had 44% possession and 8 attempts on goal with 1 of them on target. Their only player on the scoresheet was Gustaf Norlin (24').

Djurgårdens IF got 12 shots on goal with 4 of them on target. Joel Asoro (57') was the scorer.

The Djurgårdens IF boss Kim Bergstrand will be thankful to have no fitness worries to speak of before this clash with a fully healthy squad available for selection.

Due to a fully healthy group available to choose from, the IFK Göteborg manager Mikael Stahre has zero fitness worries to speak of ahead of this clash.

We’re of the view that Djurgårdens IF will most probably dominate on the ball and be rewarded with decent chances.

However, IFK Göteborg could well find it tough to get a goal of their own - but, we do see them hitting back at some stage here, too.

We can therefore see a fairly comfortable 3-1 margin for Djurgårdens IF when the full-time whistle blows. 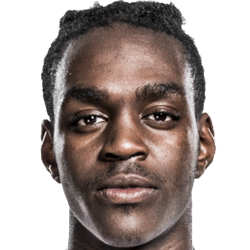 Mostly deployed in the Striker position, Joel Asoro was born in Stockholm, Sweden. Having made a first senior appearance for Sunderland in the 2016 - 2017 season, the dangerous Forward has managed 6 league goals in this Allsvenskan 2022 campaign to date from a total of 21 appearances.

We have made these Djurgårdens IF v IFK Göteborg predictions for this match preview with the best intentions, but no profits are guaranteed. Please always gamble responsibly, only with money that you can afford to lose. Good luck with your selections.