Return to this page a few days before the scheduled game when this expired prediction will be updated with our full preview and tips for the next match between these teams.
Full-Time Result Prediction
👉
Helmond Sport to Win

For all of our match predictions, pre-game poll and statistics for Helmond Sport v FC Dordrecht, scroll down - along with the latest match odds.

Helmond Sport will be looking to improve on their last outing here following a 2-0 Eerste Divisie losing effort in their last game against Jong Utrecht.

It’s been all too rare in recent times where Helmond Sport have kept a clean sheet. The facts show that Helmond Sport have failed to prevent opponents from scoring in 5 of their previous 6 clashes, leaking 9 goals during that time. Putting that to one side, we’ll just have to find out if such a trend might persist in this match or not.

FC Dordrecht will go into this encounter following on from a 2-1 Eerste Divisie win against Den Bosch in their most recent fixture.

Looking at their form, and FC Dordrecht have been scored against in 6 of their last 6 matches, conceding 9 goals in all. Defensively, FC Dordrecht seem to have a bit of a soft underbelly.

Going into this contest, FC Dordrecht have not won away from home in their last 4 league games.

Checking on their past head to head meetings dating back to 18/10/2019 shows that Helmond Sport have won 3 of these and FC Dordrecht 2, with the number of drawn matches standing at 1.

An aggregate of 19 goals were shared by the two clubs in this period, with 11 of them for Helmond and 8 belonging to Schapenkoppen. That’s an average goals per game figure of 3.17.

The previous league fixture between these sides was Eerste Divisie match day 21 on 07/01/2022 when the final score was Helmond Sport 1-2 FC Dordrecht.

In that game, Helmond Sport had 54% possession and 12 shots at goal with 4 on target. Their only player to score was Ilias Breugelmans (61').

The match was refereed by Robin Vereijken.

The Helmond Sport manager Sven Swinnen doesn’t have any fitness concerns to speak of before this game thanks to a fully injury-free squad available for selection.

FC Dordrecht boss Michele Santoni has a number of players out of action. Ruggero Mannes (Unknown Injury) and Malhory Noc (Unknown Injury) can’t be considered. Players who are serving a ban and are therefore ineligible to play are Aliou Balde and Jerailly Wielzen.

We’re inclined to think that FC Dordrecht will have to work hard as a team to hit the back of the net against this Helmond Sport team who we reckon should score at least once to gain the upper hand.

We therefore see a narrow 1-0 winning margin for Helmond Sport when the full-time whistle blows. 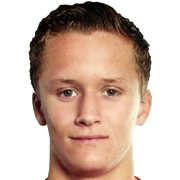 Normally playing in the Striker position, Martijn Kaars was born in Netherlands. Having played his first senior match for FC Volendam in the 2018 - 2019 season, the skilful Forward has managed to score 3 league goals in the Eerste Divisie 2022 - 2023 season so far in a total of 6 appearances.

While we have made these predictions for Helmond Sport v FC Dordrecht for this match preview with the best of intentions, no profits are guaranteed. Always gamble responsibly, and with what you can afford to lose. Best of luck with your selections.