Roda JC Kerkrade are going up against visiting team FC Dordrecht at Parkstad Limburg Stadion in the Eerste Divisie game on Friday.

All Roda JC Kerkrade v FC Dordrecht game predictions, stats and user poll are shown below - as well as the best betting odds.

Roda JC Kerkrade will be hoping for a repeat of their last result, following a 1-2 Eerste Divisie victory against Jong Ajax.

The only player to score from Roda JC Kerkrade was Dylan Vente (41'). Donny Warmerdam (24', 48' Own goal) was the scorer for Jong Ajax.

Throughout their 6 latest matches, Michele Santoni's FC Dordrecht have found the back of the net a total of 5 times thus giving them a goals per game average of 0.83.

A quick look at their past head to head results stretching back to 28/02/2020 tells us that these fixtures have not been kind to FC Dordrecht. They have not been able to get any wins at all whereas Roda JC Kerkrade have simply been better than them, running out winners in 100% of those ties.

Loads of goals were seen in those games, too - 27 in all which averages out at 4.5 goals per meeting.

The previous league contest featuring these sides was Eerste Divisie match day 1 on 05/08/2022 which finished with the scoreline of FC Dordrecht 0-2 Roda JC Kerkrade.

The Roda JC Kerkrade manager has a full complement, with no fitness worries to speak of before this match thanks to a completely injury-free squad available for selection.

Owing to an otherwise available group, there is only the lone fitness problem for the FC Dordrecht gaffer Michele Santoni to be concerned about. Ruggero Mannes (Unknown Injury) won’t be in action.

In this game, FC Dordrecht could really find it hard to be scoring even one goal against a Roda JC Kerkrade team who have the capability to create a lot of chances for themselves and convert these into goals.

We can see a convincing 3-0 winning scoreline for Roda JC Kerkrade at the end of this one. 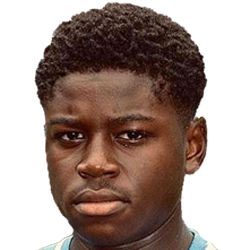 Usually deployed in the Left Wing position, Bryan Limbombe was born in Belgium. Having played his first senior match for KRC Genk in the 2019 - 2020 season, the talented Forward has contributed 4 league goals in the Eerste Divisie 2022 - 2023 season to date in 19 appearances.

We have made these Roda JC Kerkrade v FC Dordrecht predictions for this match preview with the best intentions, but no profits are guaranteed. Please always gamble responsibly, only with money that you can afford to lose. Best of luck with your selections.