All FC Dordrecht v Willem II game predictions, stats and user poll are shown below including the latest game odds.

FC Dordrecht will be wanting a better result here after the 2-1 Eerste Divisie loss in their previous game against Almere City.

The only player to score from FC Dordrecht was Samuele Longo (4'). Stije Resink (2') and Anthony Limbombe (86') scored for Almere City.

Matches involving FC Dordrecht have usually been exciting affairs lately with plenty of scoring expected. Over their past six games alone, the sum total of 21 goals have been scored for both sides combined (at an average of 3.5 goals per game) with 7 of those being chalked up by FC Dordrecht.

In their last fixture, Willem II drew 0-0 in the Eerste Divisie tie with VVV-Venlo.

Looking at their form, and Willem II have been scored against in 5 of their last 6 matches, seeing opposing sides hit 6 goals in all. Defensively, Willem II can certainly do much better. Let’s see if that trend can be sustained in this game.

A look at their previous results shows us that Willem II:

Inspecting their prior head-to-head clashes going back to 22/08/2011 shows us that FC Dordrecht have won 1 of these and Willem II 4, with the tally of drawn matches standing at 1.

In all, 20 goals were scored between the two sides throughout the course of those matches, with 6 of them from Schapenkoppen and 14 coming from Tricolores. This gives an average number of goals per game equal to 3.33.

FC Dordrecht had 9 shots at goal with 3 of them on target. Anthony Biekman (89') was the scorer.

Due to a mostly full-strength group, there is only a single fitness issue for the Willem II gaffer Kevin Hofland to be concerned with. Thijs Oosting (Knee Injury) won’t be playing here.

Our assessment is that FC Dordrecht will surely be able to find the back of the net against this Willem II lineup, although just one goal may not be enough to prevent defeat.

We therefore reckon that it will be both teams to score in a 1-2 victory for Willem II at the end of this one. Hopefully this is a good one. 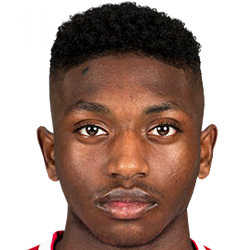 Generally taking to the field in the Striker position, Jaymillio Pinas was born in Suriname, Netherlands. After having played his first senior match for Jong Ajax in the 2019 - 2020 season, the dangerous Forward has scored 3 league goals in the Eerste Divisie 2022 - 2023 season to date in 11 appearances.

While we have made these predictions for FC Dordrecht v Willem II for this match preview with the best of intentions, no profits are guaranteed. Always gamble responsibly, and with what you can afford to lose. Good luck!