Return to this page a few days before the scheduled game when this expired prediction will be updated with our full preview and tips for the next match between these teams.
Full-Time Result Prediction
👉
Finn Harps to Win

Finn Harps come up against visiting team Drogheda United at Finn Park in this Premier Division clash on Friday.

Finn Harps will be hoping to return to winning ways here after the 1-3 FAI Cup losing effort in their last game against Bohemian FC.

Three or more goals per game were seen in 5 of the past 6 meetings where Finn Harps have been involved. Their opponents scored 14 times in these games while Finn Harps amassed a tally of 5. We shall soon see whether or not that trend will be continued on in this game.

In the game prior to this, Drogheda United drew 1-1 in the Premier Division match with UCD.

The only name on the scoresheet from Drogheda United was Adam Foley (3'). Tom Lonergan (45') was the scorer for UCD.

The stats tell the story, and Drogheda United have been scored against in 5 of their last 6 games, with opponents netting 7 goals in all. At the back, Drogheda United can certainly do much better.

A review of their prior head to head clashes going back to 03/04/2021 tells us that Finn Harps have won 0 of these & Drogheda United 3, with the number of draws standing at 3.

An aggregate of 15 goals were shared by the two clubs during those clashes, with 5 of them for The Harps and 10 belonging to The Drogs. That’s an average goals per game figure of 2.5.

The previous league fixture between these clubs was Premier Division match day 16 on 20/05/2022 when it ended Drogheda United 3-1 Finn Harps.

The match was refereed by Derek Tomney.

Almost everyone can be considered, as there’s just the lone fitness concern for the Finn Harps manager Ollie Horgan to be concerned with due to a largely intact set of players. David Webster (Cruciate Ligament Injury) is sidelined.

With a fully healthy group to choose from, the Drogheda United manager Kevin Doherty has no fitness concerns to speak of ahead of this clash.

We’re thinking that Drogheda United could well find it tough to score goals against this Finn Harps outfit who we think will likely get a goal themselves and run out victorious.

That’s why our selection here is for a good tussle with a 1-0 winning margin for Finn Harps at the end of the 90. 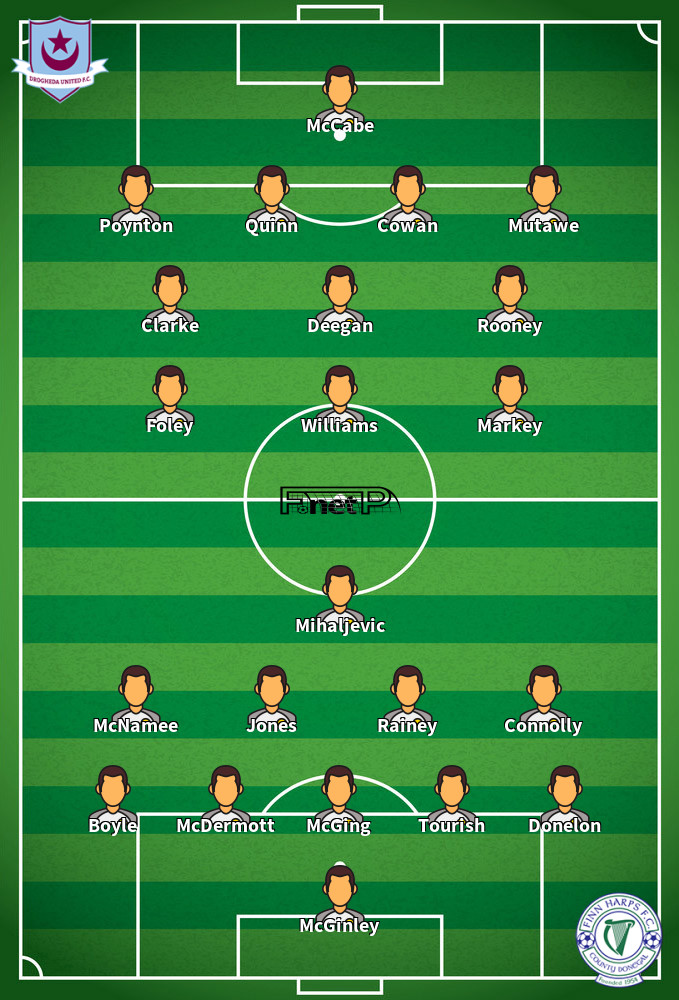 We have made these Finn Harps v Drogheda United predictions for this match preview with the best intentions, but no profits are guaranteed. Please always gamble responsibly, only with money that you can afford to lose. Best of luck.