The League One match at The C&G Systems Stadium on Saturday will see hosts Dumbarton take to the field against opponents East Fife.

Dumbarton will be wanting a better result here following the 6-2 League One defeat last time out to Falkirk.

It has been all too rare in recent times where Dumbarton have shown defensive steel. The facts show that Dumbarton have seen their defence breached in 6 of their previous 6 games, shipping 16 goals on the way. Despite that, time will tell if the trend shall be maintained in this next game or not.

Coming into this fixture, Dumbarton are without a win at home for the past 7 matches in the league. Their supporters are understandably frustrated.

Since a losing effort in their last game against Airdrie United in League One competition, East Fife will be hoping to turn things around here.

Their past results show that East Fife:

A glance at their most recent head-to-head meetings dating back to 01/02/2020 shows that Dumbarton have won 2 of these & East Fife 4, with the tally of drawn results being 0.

A lot of goals were also scored during this period, 23 overall which averages out at 3.83 goals per meeting.

The Dumbarton manager Stephen Farrell has a full complement, with no fitness worries at all before this clash thanks to a fully injury-free group ready to go.

East Fife manager Stevie Crawford has to choose from a squad that has some fitness concerns. Michael Cunningham (Ankle Injury), David Devine (Hamstring Injury) and Danny Swanson (Knee Injury) will not be playing here.

We’re envisaging that East Fife might well have a job on their hands to see themselves scoring against this Dumbarton team who we think will likely get the win and a maybe even keep a clean sheet as well.

We’re therefore expecting a hard-fought contest, finishing with a 1-0 winning score for Dumbarton when the full-time whistle blows. 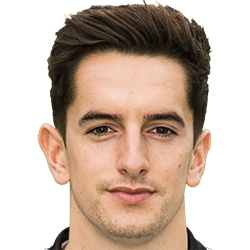 Usually taking up the Centre Midfield position, Stuart Carswell was born in Bellshill, Scotland. After having played his first senior match for Motherwell in the 2010 - 2011 season, the skilful Midfielder has got 3 league goals in the League One 2021 - 2022 season to date from a total of 17 appearances.

We have made these Dumbarton v East Fife predictions for this match preview with the best intentions, but no profits are guaranteed. Please always gamble responsibly, only with money that you can afford to lose. Best of luck.