The wait is almost over for the League One Play-offs action on Thursday when Dumbarton come up against Edinburgh City.

Full predictions, pre-match stats and user poll for Dumbarton v Edinburgh City are shown on this page - as well as up-to-date odds.

Dumbarton, who won their previous game, will hope for a similar result following the 1-3 League One Play-offs victory vs Edinburgh City.

Jim Duffy's Dumbarton have celebrated scoring a sum total of 8 times over their prior six outings. At the other end, the number of goals that have been scored against them in that time stands at 5.

Gary Naysmith's Edinburgh City have fired home a total of 7 times throughout their latest sextet of matches. The aggregate of goals that they have conceded during those matches comes to 9.

From a largely full-strength group of players, there’s only the sole fitness issue for the Edinburgh City boss Gary Naysmith to be concerned about. Kelby Mason (Knock) won’t be playing here.

We’re of the opinion that Edinburgh City might have a difficult job to be putting a goal past this Dumbarton lineup who we think might well get the vital goal that wins it.

We’re therefore expecting a good tussle with a 1-0 win for Dumbarton when the full-time whistle blows. 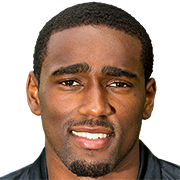 Usually taking to the field in the Central Defensive Midfielder position, Nat Wedderburn was born in England. Having made a first senior appearance for Notts County in the 2008 - 2009 season, the gifted Midfielder has got 2 league goals in the League One 2020 - 2021 campaign to date from a total of 18 appearances.

We have made these Dumbarton v Edinburgh City predictions for this match preview with the best intentions, but no profits are guaranteed. Please always gamble responsibly, only with money that you can afford to lose.