Return to this page a few days before the scheduled game when this expired prediction will be updated with our full preview and tips for the next match between these teams.
Full-Time Result Prediction
👉
Dundalk to Win

Finn Harps are the guests at Oriel Park on Saturday for the Premier Division game with home side Dundalk.

All of our predictions, stats and the user poll for Dundalk v Finn Harps are shown below - plus the latest betting odds.

Dundalk haven’t had any problems with scoring, netting every time they’ve gone out to play in their last 6 matches.

They have hit an aggregate of 10 during that period and have conceded a total of 5.

Since a loss in their previous game against Waterford in Premier Division action, Finn Harps will be hoping to turn things around here.

The numbers tell their own story, and Finn Harps have been scored against in 6 of their last 6 games, letting opponents get 12 goals overall. In defence, The Harps have some weaknesses to address. That being said, time will tell whether such a trend might be sustained in this match or not.

An examination of their past head-to-head clashes stretching back to 08/06/2019 shows that Dundalk have won 3 of these and Finn Harps 1, with the tally of drawn matches standing at 2.

A combined sum of 17 goals were scored between them throughout the course of those matches, with 14 of them from The Lilywhites and 3 being from The Harps. This gives an average number of goals per game equal to 2.83.

The previous league game between these sides was Premier Division match day 11 on 14/05/2021 which ended up with the score at Finn Harps 1-1 Dundalk.

The match was refereed by Neil Doyle.

There aren’t many selection issues, with just a single fitness concern for the Dundalk manager Vinny Perth to contend with due to a largely intact set of players. Brian Gartland (Cruciate Ligament Injury) will miss out.

Due to a fully healthy group to pick from, Finn Harps manager Ollie Horgan has no fitness worries whatsoever ahead of this clash.

In this game, Dundalk look likely to create the chances to score more than once when they play Finn Harps, who might well find it difficult to score themselves.

We’re predicting a comfortable 2-0 win for Dundalk at the end of the 90 minutes. 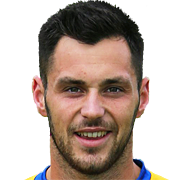 Generally deployed in the Striker position, Patrick Hoban was born in Galway, Rep. Ireland. After having played his first senior match for Dundalk in the 2013 season, the skilful Forward has got 5 league goals in the Premier Division 2021 season to date in 12 appearances.

While we have made these predictions for Dundalk v Finn Harps for this match preview with the best of intentions, no profits are guaranteed. Always gamble responsibly, and with what you can afford to lose.