Return to this page a few days before the scheduled game when this expired prediction will be updated with our full preview and tips for the next match between these teams.
Full-Time Result Prediction
👉
Dundee United to Win

Hamilton Academical come up against visiting team Dundee United at Fountain of Youth Stadium in the Premiership fixture on Saturday.

All Hamilton Academical v Dundee United game predictions, stats and user poll are shown below - plus the latest match odds.

It’s not been often in recent times that Hamilton Academical have shown defensive steel. In fact, The Accies have failed to prevent opponents from scoring in 5 of their previous 6 clashes, letting in 9 goals in the process.

Dundee United will go into this meeting after a 2-1 Scottish Cup win with the defeat of Partick Thistle in their previous outing.

Micky Mellon's Dundee United have converted a total of 8 times throughout their most recent 6 matches. The number of goals that have been scored against them during the equivalent period equals 6.

Looking over their prior head-to-head meetings dating back to 24/04/2016 shows us that Hamilton Academical have won 2 of these & Dundee United 1, with the tally of drawn games standing at 3.

A combined total of 10 goals were scored between them in this period, with 6 from The Accies and 4 being from The Tangerines. The average goals per game has been 1.67.

There aren’t many selection issues, with just the sole fitness concern for the Hamilton Academical manager Brian Rice to contend with from a near full-strength set of players. Lewis Smith (Hamstring Injury) won’t play.

Dundee Utd boss Micky Mellon has to choose from a squad that has some fitness concerns. Jake Davidson (Knock) and Declan Glass (Knee Surgery) miss out here.

We’re of the view that Hamilton Academical will do well to get anything against this Dundee United team who will likely manage to score & go ahead.

We’re therefore predicting a hard-fought 0-1 win for Dundee United at the end of the 90 minutes. 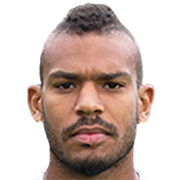 Usually taking to the field in the Striker position, Marios Ogkmpoe was born in Athens, Greece. Having played his first senior match for Hamilton Academical in the 2017 - 2018 season, the dangerous Forward has got 3 league goals in this Premiership 2020 - 2021 season to date coming from a total of 20 appearances.

We have made these Hamilton Academical v Dundee United predictions for this match preview with the best intentions, but no profits are guaranteed. Please always gamble responsibly, only with money that you can afford to lose. Good luck if you do place a bet today.