Livingston will be taking on visiting side Dundee United at The Tony Macaroni Arena in this Premiership game on Wednesday.

All of our predictions, stats and the user poll for Livingston v Dundee United are shown below - along with the latest match odds.

Livingston, buoyed by their previous result, will be hoping for more of the same after a 2-4 Premiership success vs St Johnstone.

It’s been seldom in recent times where Livingston have shown defensive steel. It will be a concern for them that Livingston have seen their defence breached in 5 of their previous 6 matches, letting in 10 goals during that time.

Coming into this meeting, Livingston haven't been beaten in the league by Dundee United in their last 4 matches.

In the game prior to this, Dundee United drew 2-2 in the Premiership tie with Hibernian.

During their 6 latest matches, Liam Fox's Dundee United have turned their attacks into goals a total of 8 times thus earning them the goals per game average of 1.33.

Going into this game, the form guide shows that Dundee United:

A glance at their prior head-to-head meetings stretching back to 13/02/2021 shows that Livingston have won 3 of these & Dundee United 2, with the tally of drawn games standing at 1.

An aggregate of 13 goals were shared by the two clubs during those clashes, with 6 of them for Livi Lions and 7 being from The Tangerines. That’s an average goals per game figure of 2.17.

Nearly everyone is up for selection, with just one fitness concern for the Livingston gaffer David Martindale to be concerned with due to a largely intact group. Tom Parkes (Knee Injury) is sidelined.

Owing to a fully healthy group to choose from, the Dundee United manager Liam Fox has no fitness worries to report ahead of this clash.

We’re inclined to think that Dundee United will need to push hard to put one past this Livingston lineup who we think should manage to get a goal of their own in a winning performance.

Our tip is therefore for a good tussle with a 1-0 winning score for Livingston when all is said and done. 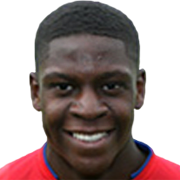 Mostly playing in the Striker position, Joel Nouble was born in London, England. Having made a first senior appearance for Dagenham & Redbridge in the 2013 - 2014 season, the goalscoring Forward has contributed 3 league goals in the Premiership 2022 - 2023 season so far from a total of 15 appearances.

We have made these Livingston v Dundee United predictions for this match preview with the best intentions, but no profits are guaranteed. Please always gamble responsibly, only with money that you can afford to lose. Good luck with your selections.