The League One fixture at East End Park on Saturday will see home side Dunfermline Athletic locking horns with Falkirk.

Scroll down for all of our predictions, poll and stats for the Dunfermline Athletic v Falkirk game - plus the latest match odds.

Dunfermline Athletic fans will want a repeat of their previous result, being the 0-2 League One triumph over Queen Of The South.

For Dunfermline Athletic, the goals were scored by Nikolay Todorov (19') and Rhys Breen (45').

Under three goals per game were recorded in 5 of the past 6 fixtures where Dunfermline Athletic have taken part. Breaking down the goal split from that period, their opponents scored an aggregate of 1 and Dunfermline Athletic got themselves 8. We will have to see if that trend can be sustained into this next match.

After suffering a loss in their previous game against Kelty Hearts in League One competition, Falkirk and their fans will hope to get a better result this time.

Showing their involvement in eventful encounters, goals have been scored 20 times in the last 6 games in which Falkirk have taken to the pitch, yielding an average of 3.33 goals for each clash. Their opponents have hit 11 of this grand total.

A glance at their past head-to-head meetings going back to 07/04/2018 shows that Dunfermline Athletic have won 4 of them and Falkirk 2, with the tally of drawn matches being 0.

A total of 15 goals were shared by the two clubs in this period, with 10 from The Pars and 5 for The Bairns. That is an average goals per game value of 2.5.

The Dunfermline Athletic manager James McPake will be happy not to have any fitness concerns whatsoever ahead of this game thanks to a completely injury-free group ready to go.

Due to a completely healthy group to pick from, the Falkirk boss John McGlynn does not have any fitness worries to report ahead of this clash.

We’re envisaging that Falkirk will need to apply a lot of pressure to register a score against this Dunfermline Athletic outfit who we reckon should score one, at least.

We’re therefore seeing a very competitive encounter with a 1-0 winning score for Dunfermline Athletic at the end of this one. 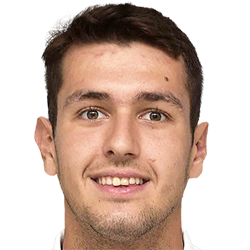 Usually playing in the Striker position, Nikolay Todorov was born in Pleven, Bulgaria. Having made his senior debut playing for Cowdenbeath in the 2016 - 2017 season, the dangerous Forward has hit 3 league goals in the League One 2022 - 2023 season to date in a total of 6 appearances.

We have made these Dunfermline Athletic v Falkirk predictions for this match preview with the best intentions, but no profits are guaranteed. Please always gamble responsibly, only with money that you can afford to lose. Good luck if you do place a bet today.