The Premiership game at Stangmore Park on Saturday will see home side Dungannon Swifts playing against opponents Linfield.

Our Dungannon Swifts v Linfield tips, poll and stats can be seen in full below - along with the latest match odds.

Dungannon Swifts will be looking to improve on their last outing here after the 0-4 Premiership losing effort in their last game against Glenavon.

Dungannon Swifts have really been misfiring of late. Their sum of goals equals just 3 against opponents over their last 6 matches. In those meetings, The Swifts have also seen the number of goals scored against them total 15. That kind of pattern won’t necessarily follow through into this match, of course.

Coming into this meeting, Dungannon Swifts are winless against Linfield in their last 21 league games. They'll surely be desperate to put an end to that run.

Linfield will go into the game following on from a 0-1 Premiership win to beat Portadown in their last game.

The only name on the scoresheet from Linfield was Jordan Stewart (11').

Demonstrating their bias toward fruitful encounters, goals have been seen as many as 21 times in the previous 6 games in which Linfield have taken to the field, yielding a mean average of 3.5 goals for each meeting. Their opponents have got 3 of this grand total.

Heading into this fixture, Linfield have not been beaten by Dungannon Swifts when they've played them away from home in the last 9 league games. An fantastic away run.

Delving into their past head to head meetings stretching back to 22/03/2019 reveals that these encounters have not been kind to Dungannon Swifts. They have not been able to come away with any wins whatsoever whereas Linfield have managed to find a way, finishing as winners in 83% of those games played.

19 goals were scored between the two sides in this period, with 2 from The Swifts and 17 for The Blues. The average number of goals per game works out to 3.17.

The previous league contest between these clubs was Premiership match day 18 on 16/03/2021 when it ended Linfield 2-0 Dungannon Swifts.

The referee was Steven Gregg.

Dungannon Swifts manager Dean Shiels will be grateful to have no fitness concerns to speak of before this match owing to a fully injury-free squad to choose from.

Owing to a completely healthy group available to choose from, Linfield manager David Healy doesn’t have any fitness worries to report before this match.

Linfield will probably create the chances to score more than once when they play Dungannon Swifts, who could well find it tough finding the net themselves.

We reckon that it will be a pretty comfortable 0-2 winning margin for Linfield at the conclusion of the game. 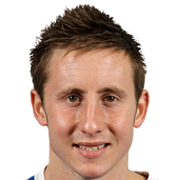 Typically deployed in the Right Attacking Midfielder position, Michael Carvill was born in Belfast, N. Ireland. Having played his first senior match for Wrexham in the 2006 - 2007 season, the goalscoring Midfielder has hit 2 league goals in the Premiership 2020 - 2021 campaign to date in a total of 24 appearances.

We have made these Dungannon Swifts v Linfield predictions for this match preview with the best intentions, but no profits are guaranteed. Please always gamble responsibly, only with money that you can afford to lose. We wish you the best of luck.