Return to this page a few days before the scheduled game when this expired prediction will be updated with our full preview and tips for the next match between these teams.
Full-Time Result Prediction
👉
Paris FC to Win

The Ligue 2 match at Stade Marcel-Tribut on Saturday will see home side USL Dunkerque go into battle with Paris FC.

All USL Dunkerque v Paris FC match predictions, user poll and stats are shown below - as well as up-to-date odds.

USL Dunkerque will be wanting a better result here following the 2-1 Ligue 2 defeat in their last game at the hands of EA Guingamp.

The only name on the scoresheet from USL Dunkerque was Malik Tchokounté (52'). Frantzdy Pierrot (49', 55') scored for EA Guingamp.

USL Dunkerque haven’t made the most of their chances in more recent games. Their ‘goals for’ figure stands at just 2 versus opposing sides over their previous 6 outings. In those meetings, USL Dunkerque have also seen the number of goals against them total 9. We will find out if that trend can be continued on into this next match.

Paris FC will come into the meeting following on from a 1-0 Ligue 2 win in the defeat of Amiens SC in their most recent game.

The only player to score from Paris FC was Morgan Guilavogui (7').

A run of dependable performances by the Paris FC defensive unit has resulted in their ‘goals against’ tally amounting to 1 from their last 6 outings combined. Over that same period of time, their forwards have scored 9.

The last league meeting featuring these clubs was Ligue 2 match day 2 on 31/07/2021 when the final score was Paris FC 2-1 USL Dunkerque.

The USL Dunkerque boss Romain Revelli will be happy not to have any fitness concerns to speak of coming into this game with a fully healthy squad available for selection.

In an otherwise full-strength group of players, there is only the lone fitness worry for the Paris FC boss Thierry Laurey to contend with. Cyril Mandouki (Hamstring Injury) won’t be playing here.

We’re thinking that USL Dunkerque will need to apply a lot of pressure to register a score against this Paris FC lineup who will likely score at least once to gain the upper hand.

Therefore, we predict a very competitive game with a 0-1 winning margin for Paris FC at the end of this one. 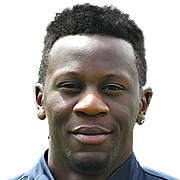 Mostly taking to the field in the Striker position, Malik Tchokounté was born in Nice, France. Having played his first senior match for Paris FC in the 2017 - 2018 season, the dangerous Forward has managed to score 6 league goals in the Ligue 2 2021 - 2022 season so far from a total of 19 appearances.

We have made these USL Dunkerque v Paris FC predictions for this match preview with the best intentions, but no profits are guaranteed. Please always gamble responsibly, only with money that you can afford to lose. Good luck!