Return to this page a few days before the scheduled game when this expired prediction will be updated with our full preview and tips for the next match between these teams.
Full-Time Result Prediction
👉
Dynamo České Budějovice to Win

All of our predictions, stats and the user poll for Dynamo České Budějovice v FC Brno are shown below - as well as the best betting odds.

Dynamo České Budějovice will be hoping to return to winning ways here following the 2-1 First League loss in their previous game against Viktoria Plzeň.

The only player to score from Dynamo České Budějovice was Pavel Novák (45'). Lukáš Kalvach (29') and Šimon Falta (56') scored for Viktoria Plzeň.

Dynamo České Budějovice have found it difficult to unlock defences of late. Their sum of goals stands at just 3 against opposition teams during the course of their last 6 fixtures. In those games, Černý have also seen the number of goals scored against them total 10. We shall soon see whether or not that trend can be continued on here.

Ahead of this clash, Dynamo České Budějovice have not won at home in their last 3 matches in the league.

In the game prior to this, FC Brno drew 0-0 in the First League match with Slavia Prague.

It is worth noting that FC Brno have been starved of goals over their previous six games, contributing the poor return of just 3. In those matches, Flinta have also seen the collective goal tally against them equal 6.

Taking a look at their past results, FC Brno:

An examination of their most recent head to head clashes stretching back to 16/05/2011 shows that Dynamo České Budějovice have won 1 of these and FC Brno 2, with the number of drawn matches standing at 3.

A combined total of 20 goals were scored between them during those clashes, with 9 for Černý and 11 created by Flinta. That is an average goals per game value of 3.33.

The referee was Ondřej Lerch.

Dynamo České Budějovice boss David Horejš will be grateful to have no fitness concerns at all ahead of this game owing to a fully injury-free group ready to go.

Due to a completely healthy group to pick from, FC Brno manager Richard Dostálek doesn’t have any fitness worries to speak of coming into this clash.

For this match, we think that FC Brno have the capability to break down this Dynamo České Budějovice team, but that probably won’t quite be as many as they’ll concede.

We’re predicting a very close game with a 2-1 victory for Dynamo České Budějovice after 90 minutes. Should be a good one. 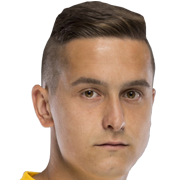 Mostly played in the Right Attacking Midfielder position, Lukáš Jánošík was born in Hôrky, Slovakia. After having played his first senior match for Dynamo České Budějovice in the 2020 - 2021 season, the talented Midfielder has got 2 league goals in this First League 2020 - 2021 season to date coming from a total of 10 appearances.

We have made these Dynamo České Budějovice v FC Brno predictions for this match preview with the best intentions, but no profits are guaranteed. Please always gamble responsibly, only with money that you can afford to lose.