View all Karlsruhe v Dynamo Dresden tips, stats and our pre-match poll below - as well as the best betting odds.

Karlsruhe will be looking for an improved result here after a 2-0 Bundesliga 2 defeat in their last game at the hands of Hannover.

In that game, Karlsruhe managed 64% possession and 12 attempts on goal with 2 of them on target. For their opponents, Hannover 96 had 13 attempts at goal with 3 on target. Hendrik Weydandt (25') and Maximilian Beier (93') scored for Hannover.

Matches with Karlsruhe have proved to be lively ones lately with high scoring being a real hallmark. Over their past half dozen games, a grand total of 20 goals have been scored for both sides combined (at an average of 3.33 goals per game) with 9 of them coming from Karlsruhe. That trend isn’t assured to be carried forward into this game, of course.

Their prior results show that Karlsruhe:

In their previous game, Dynamo Dresden drew 1-1 in the Bundesliga 2 match with Regensburg.

Dynamo Dresden have had no problems opening up opposition defences in the lead-up to this encounter, scoring 6 times in their previous 6 matches. While their manager Guerino Capretti will no doubt take that as a positive sign, Dynamo Dresden have been somewhat leaky at the back, having also been scored against in 5 of those same clashes.

Coming into this meeting, Dynamo Dresden are without a win away from home in their last 7 league games.

A look at their past head-to-head meetings going back to 27/04/2014 shows that Karlsruhe have won 1 of these games & Dynamo Dresden 3, with the number of drawn results standing at 2.

The previous league game between the two was Bundesliga 2 match day 16 on 05/12/2021 which finished with the scoreline of Dynamo Dresden 3-1 Karlsruhe.

That time, Dynamo Dresden had 47% possession and 19 attempts at goal with 9 of them on target. Goals were scored by Ransford Königdörffer (47', 55') and Christoph Daferner (69').

Karlsruhe had 10 shots on goal with 2 of them on target. Fabian Schleusener (52') was the scorer.

We are inclined to think that Dresden seem most likely to play in a 3-4-1-2 lineup with a starting lineup of Kevin Broll, Michael Sollbauer, Tim Knipping, Chris Loewe, Agyemang Diawusie, Michael Akoto, Paul Will, Guram Giorbelidze, Patrick Weihrauch, R. Koenigsdoerffer and Christoph Daferner.

We’re of the opinion that Dynamo Dresden would be disappointed if they were not to put a goal past this Karlsruhe lineup, although it is unlikely to be as many as they will have scored against them.

We’re going for a close game with a 2-1 winning score for Karlsruhe after the 90. Looking forward to this. 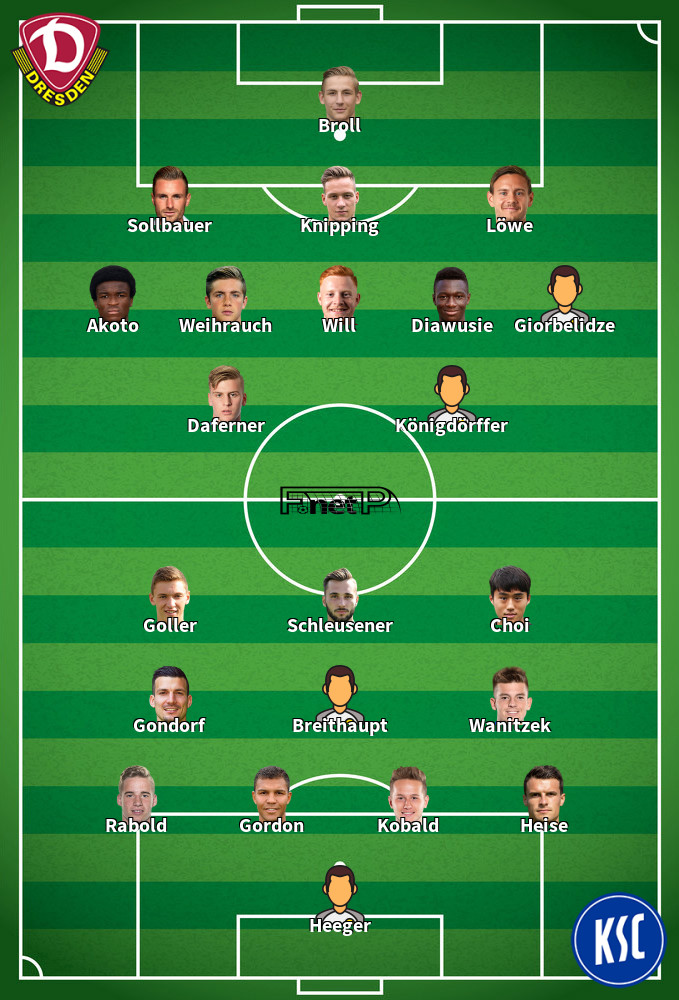 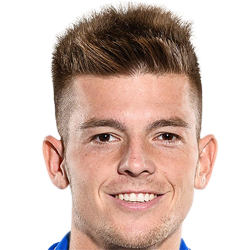 Customarily deployed in the Centre Midfield position, Marvin Wanitzek was born in Bruchsal, Germany. After making a first senior appearance for in the 2013 - 2014 season, the goalscoring Midfielder has managed to score 9 league goals in the 2. Bundesliga 2021 - 2022 campaign so far coming from a total of 31 appearances.

We have made these Karlsruhe v Dynamo Dresden predictions for this match preview with the best intentions, but no profits are guaranteed. Please always gamble responsibly, only with money that you can afford to lose. Best of luck with your selections.