Dynamo Dresden are the guests at Sportpark Unterhaching on Sunday for the 3rd Liga fixture with home team Unterhaching.

Our Unterhaching v Dynamo Dresden predictions, statistics and match poll can be seen below (including the best match odds).

Unterhaching will play in this game following a 1-1 3rd Liga tied result versus Viktoria Cologne.

The only name on the scoresheet from Unterhaching was Niclas Anspach (40'). Michael Schultz (86') scored for Viktoria Cologne.

At least three goals per match were recorded in 5 of the past 6 meetings where Unterhaching have taken part. Opposing sides scored 11 of them in these games whereas Haching managed to get a total of 9.

Going into this contest, Unterhaching have left without a victory over Dynamo Dresden in their previous 2 league matches.

The trend of at least one side getting a clean sheet in games involving Dynamo Dresden has become fairly consistent of late. A glance at their last 6 outings reveals that it has occurred 5 times. During those clashes, their opponents have hit a goal total of 2 while Dresden have scored 10. Regardless, it remains to be seen whether the trend shall be maintained in this match.

A review of their most recent head-to-head meetings dating back to 13/04/2010 shows us that Unterhaching have won 1 of them and Dynamo Dresden 4, with the tally of drawn matches standing at 1.

An aggregate of 16 goals were scored between them during those clashes, with 4 for Haching and 12 coming from Dresden. This gives an average number of goals per game equal to 2.67.

The last league contest featuring these sides was 3rd Liga match day 12 on 25/11/2020 which ended up with the score at Dynamo Dresden 2-0 Unterhaching.

The referee was Patrick Schwengers.

In our view, Unterhaching might well have a job on their hands to score against this Dynamo Dresden team who we think might win and very possibly keep a clean sheet.

We’re going for a hard-fought 0-1 advantage for Dynamo Dresden when the referee blows for full-time. 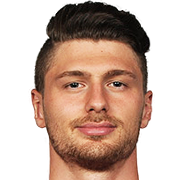 Mostly deployed in the Striker position, Patrick Hasenhüttl was born in Bonheiden, Belgium. After making a first senior appearance for Unterhaching in the 2020 - 2021 season, the gifted Forward has managed 5 league goals in the 3. Liga 2020 - 2021 campaign to date from a total of 19 appearances.

We have made these Unterhaching v Dynamo Dresden predictions for this match preview with the best intentions, but no profits are guaranteed. Please always gamble responsibly, only with money that you can afford to lose. We wish you the best of luck.