Scroll down for all of our predictions, poll and stats for the Regensburg v Dynamo Dresden game - plus the latest match odds.

Regensburg will be hoping to bounce back here following the 4-1 Bundesliga 2 losing effort in their last game against Hamburg.

It has been a rare occasion in recent games where Regensburg have shown defensive steel. The facts show that Regensburg have been scored against in 5 of their previous 6 matches, giving up 12 goals on the way. Such a trend might not be continued into this match, though.

Going into this one, Regensburg have not registered a win against Dynamo Dresden in their last 12 league matches.

Dynamo Dresden will go into the meeting following on from a 1-0 Bundesliga 2 win to beat Fortuna Dusseldorf in their most recent fixture.

Looking over their past head to head meetings going back to 17/09/2017 reveals that these fixtures have not been good ones for Regensburg. They have not been able to come away with any wins at all whereas Dynamo Dresden have managed to find a way, winning in 83 per cent of those games where they have faced each other.

11 goals were shared by the two clubs in this period, with 2 of them from Regensburg and 9 belonging to Dresden. The average goals per game has been 1.83.

The previous league fixture featuring the two was Bundesliga 2 match day 24 on 28/02/2020 when it finished Regensburg 1-2 Dynamo Dresden.

The Regensburg boss Mersad Selimbegović will be grateful to have no fitness concerns at all ahead of this game owing to a completely injury-free squad available to choose from.

Owing to a completely healthy group available for selection, the Dynamo Dresden boss Alexander Schmidt has no fitness worries to speak of ahead of this match.

We’re of the view that Dynamo Dresden should be able to score against this Regensburg outfit, however that possibly won’t quite be enough to avoid defeat.

We think that it’s going to be a narrow 2-1 win for Regensburg when all is said and done. We’ll have to see what happens. 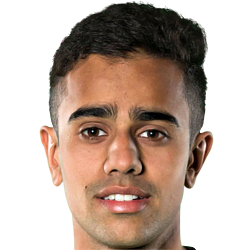 Typically used in the Central Attacking Midfielder position, Sarpreet Singh was born in Auckland, New Zealand. After making a first senior appearance for Wellington Phoenix in the 2016 - 2017 season, the dangerous Midfielder has struck 4 league goals in this 2. Bundesliga 2021 - 2022 season so far from a total of 14 appearances.

We have made these Regensburg v Dynamo Dresden predictions for this match preview with the best intentions, but no profits are guaranteed. Please always gamble responsibly, only with money that you can afford to lose. We wish you the best of luck.