Return to this page a few days before the scheduled game when this expired prediction will be updated with our full preview and tips for the next match between these teams.
Wehen Wiesbaden play host to visiting rivals Dynamo Dresden at BRITA-Arena in this Bundesliga 2 match on Saturday. Our full set of predictions, statistics and match poll for Wehen Wiesbaden v Dynamo Dresden can be seen below including the latest game odds.

Wehen Wiesbaden will be looking for an improved result here after a 3-2 Bundesliga 2 loss in their previous game against Hamburger SV. The only name on the scoresheet from SV Wehen Wiesbaden was Manuel Schäffler (12', 57'). David Kinsombi (14', 76') and Joel Pohjanpalo (27') scored for Hamburger SV.

It has not been often in recent times that Wehen Wiesbaden have shown defensive steel. The facts show that Wiesbaden have failed to prevent opponents from scoring in 6 of their previous 6 clashes, letting in 9 goals along the way.

Ahead of this meeting, Wehen Wiesbaden have not beaten Dynamo Dresden in their last 3 league games.

Following on from being defeated in their last game at the hands of VfB Stuttgart in Bundesliga 2 competition, Dynamo Dresden will be hoping to turn things around here. Hamadi Al Ghaddioui (18') and Darko Churlinov (88') scored for VfB Stuttgart.

Looking at their form, and Dynamo Dresden have been scored against in 5 of their last 6 matches, with opponents netting 9 goals in all. At the back, Dresden have seen their frailties exposed. That sort of pattern won’t necessarily be carried forward into this match, however.

Inspecting their most recent head-to-head clashes stretching back to 05/03/2011 shows that Wehen Wiesbaden have won 1 of these games & Dynamo Dresden 4, with the tally of drawn results standing at 1.

A total of 15 goals were yielded between them during those clashes, with 3 of them for Wiesbaden and 12 created by Dresden. That is an average goals per game value of 2.5.

The previous league fixture between these clubs was Bundesliga 2 match day 13 on 08/11/2019 when it finished Dynamo Dresden 1-0 Wehen Wiesbaden. The referee was Martin Petersen.

We’re of the opinion that Dynamo Dresden will likely create enough chances to find the net against this Wehen Wiesbaden lineup, however that isn’t expected to be as many as they’ll concede. We are anticipating a very close game with a 2-1 advantage for Wehen Wiesbaden when all is said and done. We are expecting it to be pretty even. 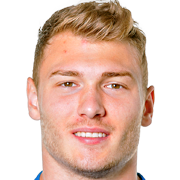 Generally deployed in the Left Attacking Midfielder position, Max Dittgen was born in Moers, Germany. Having made a first senior appearance for 1. FC Nürnberg in the 2014 - 2015 season, the gifted Midfielder has struck 3 league goals in this Bundesliga 2 2019 - 2020 campaign so far in 28 appearances.

While we have made these predictions for Wehen Wiesbaden v Dynamo Dresden for this match preview with the best of intentions, no profits are guaranteed. Always gamble responsibly, and with what you can afford to lose. Good luck with your selections.