Full predictions, pre-match stats and user poll for Krylia Sovetov v Dynamo Moscow are shown on this page (plus the best game odds).

Krylia Sovetov will be hoping for a better result following a 0-1 Premier League defeat in their last game at the hands of Dynamo Moscow.

Fixtures involving Krylia Sovetov have usually been absorbing affairs lately with plenty of scoring being a real hallmark. Over their past 6 games, a grand total of 20 goals have flown in for both teams combined (at an average of 3.33 goals per game) with 10 of them coming from Krylia Sovetov. Let’s find out if that trend will be sustained in this game.

Their prior results show that Krylia Sovetov:

Showing their appetite for high-scoring encounters, goals have been celebrated 31 times in the previous six matches in which Dynamo Moscow have taken to the pitch, yielding a mean average of 5.17 goals each clash. Their opponents have got 17 from this total.

A look at their previous results shows us that Dynamo Moscow:

An examination of their past head to head clashes stretching back to 06/10/2018 tells us that Krylia Sovetov have won 3 of these games and Dynamo Moscow 2, with the tally of draws being 1.

An aggregate of 12 goals were yielded between them during those clashes, with 7 for Perya and 5 belonging to Dinamiki. That’s an average goals per game figure of 2.

The last league game featuring these sides was Premier League match day 28 on 06/05/2022 which ended up with the score at Krylia Sovetov 5-2 Dynamo Moscow.

For their opponents, Dynamo Moscow had 9 attempts at goal with 4 of them on target. Fabián Balbuena (41') and Vyacheslav Grulyov (74') scored.

The Krylia Sovetov boss Igor Osinkin has a full complement, with no fitness concerns to speak of before this game thanks to a fully healthy group available for selection.

With a completely healthy group ready to go, the Dynamo Moscow manager Slaviša Jokanović has no fitness worries to report coming into this clash. Arsen Zakharyan cannot play in this game through suspension.

We feel that Dynamo Moscow and Krylia Sovetov could end up without much reward for their efforts here.

We’ll see, but this could easily end up all-square. Our tip is therefore for a very close game with a 0-0 draw when the referee blows the final whistle. 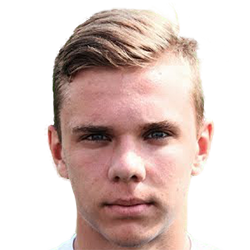 Typically deployed in the Right Wing position, Maksim Glushenkov was born in Smolensk, Russia. After having made a senior debut playing for Spartak Moscow in the 2018 - 2019 season, the dangerous Forward has got 2 league goals in the Premier League 2022 - 2023 campaign so far in 3 appearances.

While we have made these predictions for Krylia Sovetov v Dynamo Moscow for this match preview with the best of intentions, no profits are guaranteed. Always gamble responsibly, and with what you can afford to lose.