Dynamo Moscow journey to Ak Bars Arena on Sunday for the Premier League showdown with home side Rubin Kazan.

All of our predictions, stats and the user poll for Rubin Kazan v Dynamo Moscow are shown below - plus the latest betting odds.

Rubin Kazan, buoyed by their previous result, will be hoping for more of the same after a 1-2 Premier League success vs Sochi.

Ahead of this meeting, Rubin Kazan are undefeated in their previous 2 league matches at home.

Dynamo Moscow go into this clash after a 5-1 Premier League win with the eclipse of Arsenal Tula in their most recent game.

The stats tell the story, and Dynamo Moscow have been scored against in 5 of their last 6 games, seeing opposing sides hit 9 goals in total. Defensively, Dynamo Moscow can certainly do much better. Despite that, we’ll just have to find out whether that pattern might be sustained in this match.

Heading into this fixture, Dynamo Moscow have not won away from home in their last 2 league matches.

A look at their most recent head to head clashes dating back to 30/11/2018 shows us that Rubin Kazan have won 3 of them & Dynamo Moscow 2, with the tally of drawn results standing at 1.

A total of 9 goals were scored between the two sides throughout the course of those matches, with 5 from Tatáry and 4 coming from Dinamiki. This gives an average number of goals per game equal to 1.5.

The last league clash featuring these sides was Premier League match day 9 on 26/09/2021 which finished with the scoreline of Dynamo Moscow 2-0 Rubin Kazan.

That time, Dynamo Moscow managed 48% possession and 19 shots on goal with 10 on target. The goalscorers were Daniil Fomin (32') and Vyacheslav Grulyov (58').

Rubin Kazan got 12 attempts on goal with 5 on target.

The match was refereed by Aleksey Sukhoy.

The Rubin Kazan boss Leonid Slutskiy will be thankful to have no fitness worries at all coming into this clash thanks to a completely injury-free squad available to choose from.

Thanks to a fully healthy group to choose from, the Dynamo Moscow manager Sandro Schwarz has no fitness concerns to speak of before this game.

We’ve got the feeling that Rubin Kazan will have a tough ask to see themselves scoring against this Dynamo Moscow side who we think will likely just have the edge.

We’re therefore expecting a good battle with a 0-1 victory for Dynamo Moscow at the end of the 90 minutes. 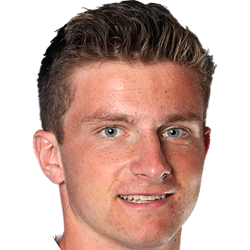 Normally deployed in the Right Attacking Midfielder position, Anders Dreyer was born in Bramming, Denmark. Having made a first senior appearance for Esbjerg in the 2018 - 2019 season, the goalscoring Midfielder has managed to score 5 league goals in this Premier League 2021 - 2022 season to date from a total of 9 appearances.

We have made these Rubin Kazan v Dynamo Moscow predictions for this match preview with the best intentions, but no profits are guaranteed. Please always gamble responsibly, only with money that you can afford to lose.