EA Guingamp will arrive at Nouste Camp on Saturday for the Ligue 2 fixture with home team Pau FC.

Our predictions, user poll and statistics for Pau FC v EA Guingamp can be found here - as well as up-to-date odds.

Pau FC will be hoping to bounce back here after a 4-1 Ligue 2 defeat in their last game at the hands of AJ Auxerre.

Pau FC have really struggled up front in more recent games. Their sum of goals equals just 4 against opposing sides during their previous 6 matches. In those meetings, Pau FC have also seen the tally of goals against them come to 9. Let’s see if that trend will be sustained into this next match.

Coming into this clash, Pau FC are unbeaten in their last 2 home league matches.

Since being defeated in their last game at the hands of SC Bastia in Ligue 2 competition, EA Guingamp and their travelling fans will hope for a better result here.

Illustrating their predisposition for high-scoring encounters, the back of the net has been hit 23 times in the previous 6 matches in which EA Guingamp have taken to the field, giving a mean average of 3.83 goals for each meeting. Opposition teams have hit 11 from this total.

The Pau FC boss Didier Tholot will be grateful to have no fitness concerns at all coming into this match owing to a fully injury-free group available to choose from.

Thanks to a completely injury-free group available to select from, the EA Guingamp manager Stéphane Dumont has zero fitness concerns at all ahead of this match.

In this game, EA Guingamp are certainly able to score a goal against this Pau FC side, although it possibly won’t be as many as they will have scored against them.

We reckon that it will be a close game with a 2-1 advantage for Pau FC at the end of this one. Should be an interesting one. 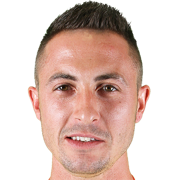 Normally used in the Left Wing position, Romain Armand was born in France. After making a first senior appearance for Montpellier in the 2006 - 2007 season, the goalscoring Forward has struck 2 league goals in this Ligue 2 2021 - 2022 season to date from a total of 14 appearances.

While we have made these predictions for Pau FC v EA Guingamp for this match preview with the best of intentions, no profits are guaranteed. Always gamble responsibly, and with what you can afford to lose.