Sochaux take on away team EA Guingamp at Stade Auguste-Bonal in this Ligue 2 game on Saturday.

Full predictions, pre-match stats and user poll for Sochaux v EA Guingamp are shown on this page - plus the latest betting odds.

Sochaux are hoping to win again after their last result, the 0-1 Ligue 2 triumph against Amiens SC.

The only scorer from Sochaux was Chris Bedia (65').

Their latest results show that things are going according to plan in the Sochaux defence. Les Lionceaux have given the opposition little, resulting in the number of goals that have flown into the back of their net over the course of their past 6 games standing at 4.

Leading up to this clash, Sochaux:

In their previous fixture, EA Guingamp drew 2-2 in the Ligue 2 tie with SM Caen.

The stats tell the story, and EA Guingamp have been scored against in 5 of their last 6 matches, letting opponents get 9 goals in all. Defensively, Guingamp have been far from perfect. We will just have to see if that trend can be continued on in this game.

Ahead of this clash, EA Guingamp are without a win away from home in their last 3 league matches.

Checking on their most recent head-to-head meetings going back to 10/04/2004 shows us that Sochaux have won 3 of these games and EA Guingamp 1, with the number of drawn games being 2.

A total of 15 goals were yielded between them throughout the course of those matches, with 8 from Les Lionceaux and 7 created by Guingamp. This gives an average number of goals per game equal to 2.5.

The referee was Sylvain Palhies.

There is just the sole fitness concern for the Sochaux manager Omar Daf to be concerned with from of an almost fully healthy group. Yann Kitala (Tibia Fracture) won’t play.

Thanks to a mainly healthy squad, there is only the sole fitness problem for the EA Guingamp manager Frédéric Bompard to be concerned with. Félix Eboa Eboa (Cruciate Ligament Rupture) won’t be in action.

In our view, EA Guingamp are likely to put a goal past this Sochaux team, but it may not be as many as they will have scored against them.

We’re expecting a 2-1 advantage for Sochaux at the end of the match. Expecting it to be very competitive. 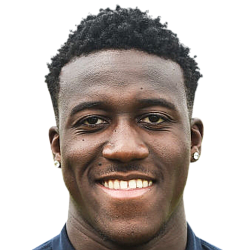 Customarily taking to the field in the Striker position, Bryan Lasme was born in France. Having made his senior debut playing for Sochaux in the 2016 - 2017 season, the talented Forward has netted 7 league goals in the Ligue 2 2020 - 2021 campaign to date coming from a total of 23 appearances.

We have made these Sochaux v EA Guingamp predictions for this match preview with the best intentions, but no profits are guaranteed. Please always gamble responsibly, only with money that you can afford to lose. Best of luck.