For all of our match predictions, pre-game poll and statistics for EA Guingamp v Toulouse, scroll down - along with the latest match odds.

EA Guingamp will be looking for an improved result here after the 1-0 Ligue 2 losing effort in their last game against ESTAC.

In their past six fixtures, Frédéric Bompard's EA Guingamp have netted a total of 5 times, an average number of goals scored per match equal to 0.83.

Leading up to this clash, EA Guingamp:

Toulouse will go into the clash following a 1-2 Coupe De France win vs Olympique Saumur in their most recent match.

A series of effective displays from the Toulouse defensive unit has seen their ‘goals against’ tally amounting to 4 from their past 6 clashes overall. Over that same period, their own forwards have managed to score 12.

Looking at the pre-match facts, Toulouse:

An examination of their most recent head to head meetings dating back to 15/04/2017 shows us that EA Guingamp have won 1 of them & Toulouse 3, with the number of drawn games being 2.

A total of 16 goals were produced between them during those clashes, with 7 of them for Guingamp and 9 for Toulouse. That’s an average goals per game figure of 2.67.

The previous league meeting featuring these clubs was Ligue 2 match day 14 on 05/12/2020 when it ended Toulouse 2-2 EA Guingamp.

There’s just one fitness concern for the EA Guingamp manager Frédéric Bompard to be concerned about from a near full-strength set of players. Félix Eboa Eboa (Cruciate Ligament Rupture) is sidelined.

We’re of the opinion that EA Guingamp could find themselves struggling to break down this Toulouse team who we think should manage to score & go ahead.

With that in mind, we reckon that it will be a 0-1 advantage for Toulouse when the referee blows for full-time. 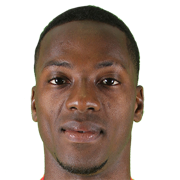 Mostly taking to the field in the Striker position, Yannick Gomis was born in Dakar, Senegal. Having made his senior debut playing for Orléans in the 2016 - 2017 season, the goalscoring Forward has bagged 7 league goals in this Ligue 2 2020 - 2021 campaign so far from a total of 31 appearances.

We have made these EA Guingamp v Toulouse predictions for this match preview with the best intentions, but no profits are guaranteed. Please always gamble responsibly, only with money that you can afford to lose. Good luck with your selections.