Return to this page a few days before the scheduled game when this expired prediction will be updated with our full preview and tips for the next match between these teams.
Full-Time Result Prediction for Eastleigh vs Dover Athletic
Eastleigh to Win
Eastleigh will host visitors Dover Athletic at Silverlake Stadium in this National League game on Saturday.

We’re of the opinion that Dover Athletic have the firepower to find the back of the net against this Eastleigh team, but it might not quite prevent them from conceding a couple at the other end. We’re predicting a narrow 2-1 winning score for Eastleigh at full-time. There shouldn’t be much in it, either way. For all of our match predictions, pre-game poll and statistics for Eastleigh v Dover Athletic, scroll down (plus the best game odds).

Going into this encounter, Eastleigh have not beaten Dover Athletic in their previous 2 matches in the league. 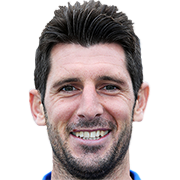 Mostly taking to the field in the Centre Midfield position, Danny Hollands was born in England. After having made a senior debut playing for Torquay United in the 2005 - 2006 season, the talented Midfielder has managed 9 league goals in the National League 2019 - 2020 campaign to date from a total of 32 appearances.

We have made these Eastleigh v Dover Athletic predictions for this match preview with the best intentions, but no profits are guaranteed. Please always gamble responsibly, only with money that you can afford to lose. Good luck!