Our full set of predictions, statistics and match poll for Eastleigh v York City can be seen below - plus the latest match odds.

Eastleigh will be hoping for a better result following the 3-1 National League defeat last time out to Wealdstone.

The only player to score from Eastleigh was Alfie Lloyd (1'). Nathan Ferguson (45'), Max Kretzschmar (53') and Micah Obiero (81') scored for Wealdstone.

Lee Bradbury's Eastleigh have hit the target 8 times in their preceding 6 outings. Conversely, the number of goals that have been scored against them in that same time amounts to 8.

York City will go into this encounter after a 4-1 National League win versus Maidstone United in their most recent game.

The stats tell the story, and York City have been scored against in 5 of their last 6 matches, seeing opposing sides hit 8 goals in all. At the back, York City have seen their frailties exposed. We shall soon see if that trend will end up being continued on here.

The previous league clash between the two was National League match day 4 on 20/08/2022 and the score finished York City 0-1 Eastleigh.

The match was refereed by Michael Barlow.

The Eastleigh manager Lee Bradbury has a full complement, with no fitness concerns to speak of coming into this game owing to a fully healthy group to pick from. Danny Whitehall is ineligible for this match because of suspension.

Thanks to a completely injury-free group ready to go, the York City manager David Webb does not have any fitness worries at all coming into this game. Fraser Kerr will not be able to play in this game through being suspended.

We believe that York City have the ability to find the net against this Eastleigh outfit, although that possibly won’t quite be as many as they will have scored against them.

We’re predicting a narrow 2-1 winning score for Eastleigh after 90 minutes. Let’s just see how this one goes. 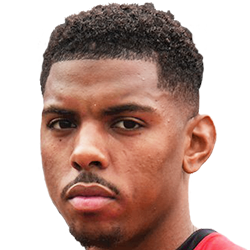 Mostly played in the Striker position, Tristan Abrahams was born in Lewisham, England. Having played his first senior match for Leyton Orient in the 2016 - 2017 season, the gifted Forward has got 4 league goals in this National League 2022 - 2023 season to date in a total of 25 appearances.

We have made these Eastleigh v York City predictions for this match preview with the best intentions, but no profits are guaranteed. Please always gamble responsibly, only with money that you can afford to lose. Good luck if you do place a bet today.