Return to this page a few days before the scheduled game when this expired prediction will be updated with our full preview and tips for the next match between these teams.
Full-Time Result Prediction
👉
Kelty Hearts to Win

Edinburgh City will be facing visiting side Kelty Hearts at Meadowbank Stadium in this League Two match on Friday.

All Edinburgh City v Kelty Hearts match predictions, user poll and stats are shown below including the latest game odds.

Edinburgh City will play in this game coming off the back of a 1-1 League Two drawn game vs Cowdenbeath.

The only name on the scoresheet from Edinburgh City was Danny Handling (8'). Kris Renton (83') was the scorer for Cowdenbeath.

Over their past six fixtures, Gary Naysmith's Edinburgh City have netted 9 times, an average number of goals scored per match of 1.5.

Kelty Hearts will go into the game following a 2-1 League Two win with the eclipse of Annan Athletic in their most recent outing.

A succession of very capable displays by the Kelty Hearts defence has seen their ‘goals against’ tally amounting to 3 from their last 6 outings overall. In that time, their own forwards have managed to score 12. Putting that to one side, we will just have to wait and see if that pattern will be maintained here in this match.

Thanks to a completely healthy group to choose from, the Kelty Hearts manager Kevin Thomson has no fitness worries to speak of ahead of this clash.

Edinburgh City are likely to put one past this Kelty Hearts lineup, although one goal may not quite be good enough.

We are therefore anticipating a tight encounter finishing with a 1-2 win for Kelty Hearts when the referee blows the final whistle. Looking forward to this. 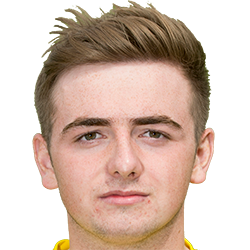 Typically deployed in the Right Attacking Midfielder position, James Hilton was born in Scotland. Having made a first senior appearance for Ayr United in the 2017 - 2018 season, the goalscoring Midfielder has bagged 2 league goals in this League Two 2021 - 2022 campaign to date in a total of 9 appearances.

We have made these Edinburgh City v Kelty Hearts predictions for this match preview with the best intentions, but no profits are guaranteed. Please always gamble responsibly, only with money that you can afford to lose. Good luck!