Eintracht Braunschweig will be taking on visiting team Karlsruhe at Eintracht-Stadion in this Bundesliga 2 tie on Saturday.

Our Eintracht Braunschweig v Karlsruhe tips, poll and stats can be seen in full below - plus the latest betting odds.

Eintracht Braunschweig head into this fixture following on from a 2-2 Bundesliga 2 draw against SV Sandhausen.

For Eintracht Braunschweig, the scorers were Nick Proschwitz (46') and Yari Otto (92'). Alexander Esswein (3') and Kevin Behrens (26') scored for SV Sandhausen.

It’s not been often in recent times where Eintracht Braunschweig have managed to hold out for a full 90 minutes. The facts show that Braunschweig have failed to prevent opponents from scoring in 5 of their previous 6 clashes, giving up 12 goals during that time.

Leading up to this clash, Eintracht Braunschweig:

Karlsruhe head into the clash following on from a 0-3 Bundesliga 2 win with the defeat of St. Pauli in their previous game.

Christian Eichner's Karlsruhe have turned their attacks into goals 10 times throughout their latest 6 matches. The number of goals that they have conceded during the equivalent period equals 7.

Looking at their past form shows that Karlsruhe:

Looking over their most recent head-to-head clashes stretching back to 30/08/2015 shows us that Eintracht Braunschweig have won 2 of these games & Karlsruhe 0, with the tally of drawn results being 4.

17 goals were scored between them in these games, with 12 of them from Braunschweig and 5 coming from Karlsruhe. That is an average goals per game value of 2.83.

The previous league match featuring the two was 3rd Liga match day 20 on 22/12/2018 when it finished Karlsruhe 1-1 Eintracht Braunschweig.

Owing to a completely injury-free group available for selection, Karlsruhe boss Christian Eichner does not have any fitness concerns whatsoever ahead of this match.

We think that Eintracht Braunschweig might well have a job on their hands to get anything against this Karlsruhe lineup who we think should get the vital goal that wins it.

We’re therefore anticipating a hard-fought contest, finishing with a 0-1 winning margin for Karlsruhe at the end of this one. 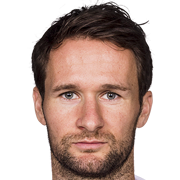 Normally taking up the Striker position, Nick Proschwitz was born in Weißenfels, Germany. Having made a first senior appearance for FC Thun in the 2010 - 2011 season, the skilful Forward has bagged 3 league goals in the Bundesliga 2 2020 - 2021 season so far in a total of 6 appearances.

We have made these Eintracht Braunschweig v Karlsruhe predictions for this match preview with the best intentions, but no profits are guaranteed. Please always gamble responsibly, only with money that you can afford to lose.