Eintracht Braunschweig play host to the visiting Regensburg at Eintracht-Stadion in the Bundesliga 2 match on Friday.

Our tips, poll and stats for Eintracht Braunschweig v Regensburg can all be found here (inc. the best betting odds).

Eintracht Braunschweig will be hoping to bounce back here following a 2-0 Bundesliga 2 defeat last time out to VfL Bochum.

Daniel Meyer's Eintracht Braunschweig have hit the back of the net 5 times over their last six outings. Conversely, the tally of goals that have been scored against them in that same time is 11.

Last time out, Regensburg drew 1-1 in the Bundesliga 2 match with Fortuna Dusseldorf.

The only scorer from Regensburg was David Otto (39'). Kenan Karaman (52') scored for Fortuna Dusseldorf.

Looking at their past form shows that Regensburg:

A review of their most recent head to head meetings stretching back to 19/02/2011 shows that Eintracht Braunschweig have won 4 of these and Regensburg 2, with the number of drawn matches being 0.

A sum of 13 goals were yielded between them throughout the course of those matches, with 7 for Braunschweig and 6 belonging to Regensburg. That is an average goals per game value of 2.17.

The previous league contest featuring these sides was Bundesliga 2 match day 5 on 23/10/2020 which ended up with the score at Regensburg 3-0 Eintracht Braunschweig.

Niko Kijewski (Cruciate Ligament Rupture) and Felix Burmeister (Knee Injury) aren’t available for Braunschweig boss Daniel Meyer. Lasse Schlüter will not be able to play in this game through being suspended.

Owing to an otherwise full-strength squad, there’s only a single fitness problem for the Regensburg gaffer Mersad Selimbegović to contend with. Sebastian Nachreiner (Torn Muscle Fibre) misses out for this game. Jan Elvedi cannot play in this game through suspension.

In our opinion, Regensburg and Eintracht Braunschweig are probably both going to find scoring goals difficult here.

Let’s see how this one goes, but it looks this could be a game with minimal goal-scoring opportunities. We’re therefore seeing a close game with a 0-0 scoreline at the end of this one. 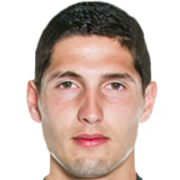 Mostly taking to the field in the Right Attacking Midfielder position, Fabio Kaufmann was born in Aalen, Germany. After having made a senior debut playing for VfR Aalen in the 2013 - 2014 season, the gifted Midfielder has contributed 4 league goals in this Bundesliga 2 2020 - 2021 season to date in a total of 21 appearances.

We have made these Eintracht Braunschweig v Regensburg predictions for this match preview with the best intentions, but no profits are guaranteed. Please always gamble responsibly, only with money that you can afford to lose. Best of luck.