Eintracht Braunschweig visit Merck-Stadion am Böllenfalltor on Friday for the Bundesliga 2 showdown with home side Darmstadt.

All of our predictions, stats and the user poll for Darmstadt v Eintracht Braunschweig are shown below including the latest game odds.

Darmstadt will be hoping to bounce back here following the 3-0 Bundesliga 2 loss in their previous game against Erzgebirge Aue.

Three or more goals per game have been seen in 5 of the last 6 fixtures where Darmstadt have participated. Opposition teams scored 15 times in this period while Darmstadt totted up 10. We will find out if that trend will be continued on into this next match.

Their previous form shows that Darmstadt:

After suffering a loss in their previous game against Karlsruhe in Bundesliga 2 action, Eintracht Braunschweig will be aiming to make amends here.

For Eintracht Braunschweig, goals were scored by Robin Ziegele (14' Own goal) and Nick Proschwitz (31'). Marvin Wanitzek (18') and Kyoung-Rok Choi (63') scored for Karlsruhe.

Ahead of this meeting, Eintracht Braunschweig are without a win away from home in their last 6 matches in the league.

The previous league meeting featuring these clubs was Bundesliga 2 match day 30 on 15/04/2018 and the score finished Darmstadt 1-1 Eintracht Braunschweig.

On that day, Darmstadt managed 58% possession and 17 attempts on goal with 8 of them on target. The scorers were Medojević (39' Own goal) and Tobias Kempe (73').

At the other end, Eintracht Braunschweig got 5 shots at goal with 3 of them on target.

Darmstadt boss Markus Anfang will be grateful to have no fitness concerns whatsoever coming into this game with a completely healthy group to pick from.

We feel that Eintracht Braunschweig should be able to find the back of the net against this Darmstadt lineup, however it may not prevent them from conceding a couple at the other end.

We think that it’s going to be both teams to score in a 2-1 winning margin for Darmstadt by the time that the referee blows the final whistle. Could easily see this go either way. 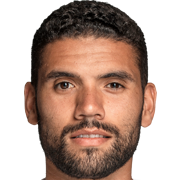 Customarily played in the Central Defensive Midfielder position, Victor Pálsson was born in Reykjavik, Iceland. Having made a first senior appearance for Dagenham & Redbridge in the 2010 - 2011 season, the goalscoring Midfielder has accumulated 2 league goals in this Bundesliga 2 2020 - 2021 campaign so far from a total of 5 appearances.

We have made these Darmstadt v Eintracht Braunschweig predictions for this match preview with the best intentions, but no profits are guaranteed. Please always gamble responsibly, only with money that you can afford to lose. Good luck with your selections.