Osnabruck will be hosting visiting team Eintracht Braunschweig at Stadion an der Bremer Brücke in this Bundesliga 2 tie on Sunday.

Scroll down to see all of the predictions, poll and statistics for Osnabruck v Eintracht Braunschweig (inc. the best betting odds).

Osnabruck are hoping to win again following the 0-1 Bundesliga 2 success over Karlsruhe.

It has been a rare occasion in recent games where Osnabruck have kept a clean sheet. The facts show that Osnabrück have failed to prevent opponents from scoring in 5 of their previous 6 clashes, shipping 9 goals in the process.

Analysis of their past results shows that Osnabruck:

Since suffering a loss in their previous game against St. Pauli in Bundesliga 2 action, Eintracht Braunschweig and their fans will hope to get a better result this time.

In that match, Eintracht Braunschweig managed 39% possession and 7 attempts on goal with 0 on target. For their opponents, FC St. Pauli got 14 shots on goal with 7 of them on target. Omar Marmoush (7') and Daniel-Kofi Kyereh (14') scored for St. Pauli.

A series of effective performances from the Eintracht Braunschweig defence has seen their ‘goals against’ tally amounting to 3 from their past 6 fixtures in total. In that period of time, their forwards have scored 4. It will be interesting to see if that trend can be continued on here.

Ahead of this clash, Eintracht Braunschweig are without a win away from home in their last 15 league matches. They clearly need to do something about it.

The last league fixture between these sides was Bundesliga 2 match day 11 on 13/12/2020 when it finished Eintracht Braunschweig 0-2 Osnabruck.

The referee was Martin Thomsen.

Osnabruck boss Markus Feldhoff does not have any fitness worries whatsoever before this clash with a completely injury-free group available to choose from.

Our assessment is that Eintracht Braunschweig and Osnabruck could both find goals hard to come by here.

It’s looking like it could well end up as a draw. We therefore see a tight encounter, finishing with a 0-0 scoreline after 90 minutes. 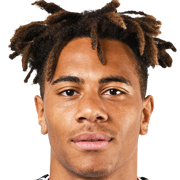 Customarily playing in the Striker position, Etienne Amenyido was born in Herford, Germany. Having made a first senior appearance for VVV-Venlo in the 2017 - 2018 season, the talented Forward has accumulated 2 league goals in this Bundesliga 2 2020 - 2021 season to date from a total of 18 appearances.

We have made these Osnabruck v Eintracht Braunschweig predictions for this match preview with the best intentions, but no profits are guaranteed. Please always gamble responsibly, only with money that you can afford to lose. Good luck!