Return to this page a few days before the scheduled game when this expired prediction will be updated with our full preview and tips for the next match between these teams.
Full-Time Result Prediction
👉
Eintracht Braunschweig to Win

Viktoria Cologne will be at Eintracht-Stadion on Saturday for the 3rd Liga meeting with home side Eintracht Braunschweig.

Eintracht Braunschweig enter this fixture after a 0-0 3rd Liga draw vs Viktoria Cologne.

Eintracht Braunschweig haven’t been able to stop scoring goals, finding the back of the net every time they’ve gone out to play in their last 6 games.

They have claimed a sum of 10 during that period and have conceded a total of 7.

In 5 of the past six clashes involving Viktoria Cologne, a relatively low number of goals have been hit between them and opposing teams. The overall average number of goals per game in that spell comes out as a paltry 2.5, with the number of goals averaged by Viktoria equalling 1.17. That sort of pattern isn’t assured to be carried forward into this next game, of course.

Going into this one, Viktoria Cologne are without a win away from home in their last 2 matches in the league.

The last league clash featuring the two was 3rd Liga match day 19 on 11/12/2021 when it finished Viktoria Cologne 1-2 Eintracht Braunschweig.

Viktoria Cologne manager Olaf Janßen has to choose from a squad that has some fitness concerns. Dario De Vita (Knee Surgery), Timmy Thiele (Infection) and Kai Klefisch (Ankle Fracture) are not able to play.

In this match, Eintracht Braunschweig have it within them to get a lot of shots on goal and make them count.

At the other end, Viktoria Cologne will not find it easy to break down their defence but we do think it’s quite likely that they will be pulling one back during this clash, too.

We can therefore see a pretty comfortable 3-1 winning margin for Eintracht Braunschweig by the time that the referee blows the final whistle. 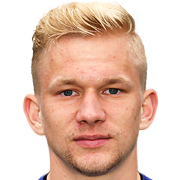 Mostly deployed in the Centre Midfield position, Bryan Henning was born in Berlin, Germany. Having played his first senior match for Hansa Rostock in the 2017 - 2018 season, the accomplished Midfielder has managed to score 5 league goals in the 3. Liga 2021 - 2022 campaign to date coming from a total of 31 appearances.

We have made these Eintracht Braunschweig v Viktoria Cologne predictions for this match preview with the best intentions, but no profits are guaranteed. Please always gamble responsibly, only with money that you can afford to lose. Good luck if you do place a bet today.