Scroll down to see all of the predictions, poll and statistics for Eintracht Frankfurt v Fenerbahçe - along with the latest match odds.

Eintracht Frankfurt head into this game following a 1-1 Bundesliga 1 stalemate against Stuttgart.

In their previous game, Fenerbahçe drew 1-1 in the Super Lig match with Sivasspor.

A sequence of outstanding performances from the Fenerbahçe defensive unit has resulted in their ‘goals against’ tally standing at 3 from their past 6 outings combined. In that period of time, their own attack force has managed to score 12. However, we’ll just have to find out whether that trend shall be sustained in this upcoming match.

Thanks to a completely injury-free squad available for selection, the Fenerbahçe boss Vítor Pereira does not have any fitness worries at all ahead of this match.

Our assessment is that Eintracht Frankfurt will most probably stay in control for long periods of time and should be able to convert a few of the chances that they create.

In contrast, Fenerbahçe may well struggle to score a goal of their own - but, we do see them scoring here.

Our selection here is for a pretty comfortable 3-1 win for Eintracht Frankfurt at the end of the 90 minutes. 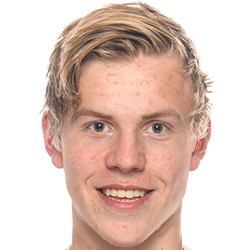 Generally playing in the Right Wing position, Jens Petter Hauge was born in Bodø, Norway. Having made his senior debut playing for Bodo Glimt in the 2016 season, the skilful Forward has bagged 2 league goals in this Bundesliga 2021 - 2022 season to date in 3 appearances.

While we have made these predictions for Eintracht Frankfurt v Fenerbahçe for this match preview with the best of intentions, no profits are guaranteed. Always gamble responsibly, and with what you can afford to lose. Best of luck.