Freiburg face off with visiting opponents Eintracht Frankfurt at SC-Stadion in this Bundesliga 1 tie on Sunday.

Scroll down to see all of the predictions, poll and statistics for Freiburg v Eintracht Frankfurt (including the best match odds).

Freiburg will be wanting a better result here after a 2-1 Bundesliga 1 losing effort in their last game against Bayern Munich.

In that match, Freiburg managed 37% possession and 13 shots on goal with 3 on target. The only player to score for Freiburg was Janik Haberer (93'). On the other side, Bayern München got 29 attempts on goal with 11 on target. Leon Goretzka (30') and Robert Lewandowski (75') scored for Bayern Munich.

It’s not been often in recent times where Freiburg have shown defensive steel. The facts show that Freiburg have been scored against in 5 of their previous 6 games, letting in 7 goals during that time.

Leading up to this clash, Freiburg:

Eintracht Frankfurt will go into this game following a 1-2 Bundesliga 1 win vs Greuther Furth in their last game.

Heading into this fixture, Eintracht Frankfurt have left without a victory over Freiburg when they have played them away from home in the previous 2 league games.

A look at their prior head-to-head clashes dating back to 25/08/2018 shows that Freiburg have won 1 of these & Eintracht Frankfurt 3, with the number of drawn matches being 2.

An aggregate of 21 goals were produced between them in this period, with 8 from Freiburg and 13 created by Eintracht. The average goals per game has been 3.5.

The previous league game featuring these sides was Bundesliga 1 match day 34 on 22/05/2021 when it finished Eintracht Frankfurt 3-1 Freiburg.

The Freiburg boss Christian Streich will be grateful to have no fitness concerns at all coming into this match owing to a completely injury-free squad to pick from.

With a completely injury-free squad to pick from, the Eintracht Frankfurt boss Oliver Glasner has zero fitness worries at all ahead of this clash.

We’re inclined to think that Eintracht Frankfurt may well find it hard to get anything against this Freiburg team who we reckon will emerge victorious.

With that in mind, we reckon that it will be a very competitive game with a 1-0 advantage for Freiburg when the full-time whistle blows. 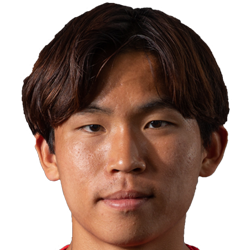 Generally taking up the Left Attacking Midfielder position, Woo-Yeong Jeong was born in Ulsan, Korea Republic. Having made a first senior appearance for Bayern Munich in the 2018 - 2019 season, the dangerous Midfielder has scored 3 league goals in the Bundesliga 2021 - 2022 season to date coming from a total of 11 appearances.

We have made these Freiburg v Eintracht Frankfurt predictions for this match preview with the best intentions, but no profits are guaranteed. Please always gamble responsibly, only with money that you can afford to lose. Good luck!