Return to this page a few days before the scheduled game when this expired prediction will be updated with our full preview and tips for the next match between these teams.
The Bundesliga clash at Commerzbank-Arena on Saturday sees home side Eintracht Frankfurt do battle with opponents Paderborn. All Eintracht Frankfurt v Paderborn game predictions, stats and user poll are shown below (including the best match odds).

It’s been all too rare in recent games where Eintracht Frankfurt have kept a clean sheet. The facts show that Eintracht have been scored against in 5 of their previous 6 games, leaking 7 goals along the way.

The attacking players from Paderborn have struggled for goals over their previous six games, contributing the poor return of just 4. In those fixtures, Paderborn have also seen the overall goal tally of their opponents equal 16. That sort of pattern isn’t assured to be carried forward here, though.

Heading into this contest, SC Paderborn 07 haven’t won away from home in the past 7 league games.

The previous league clash between these sides was Bundesliga 1 match day 17 on 22/12/2019 which ended up with the score at SC Paderborn 07 2-1 Eintracht Frankfurt. In that game, SC Paderborn 07 had 51% possession and 19 shots on goal with 5 of them on target. The goals were scored by Abdelhamid Sabiri (9') and Sebastian Schonlau (41'). Eintracht Frankfurt had 20 attempts on goal with 5 of them on target. Bas Dost (72') scored. The referee was Markus Schmidt.

Out of a mainly healthy group of players, there’s just the lone fitness worry for the Paderborn manager Steffen Baumgart to be concerned about. Christian Strohdiek (Torn Muscle Fibre) won’t be in action.

Our feeling is that Eintracht Frankfurt will most probably dominate on the ball and be rewarded with decent chances. At the same time, Paderborn could well struggle getting on the scoresheet - but, we do see them hitting back at some stage. We can therefore see a pretty comfortable 3-1 winning score for Eintracht Frankfurt come full-time.

Both Teams to Score Prediction for Eintracht Frankfurt vs Paderborn
Yes 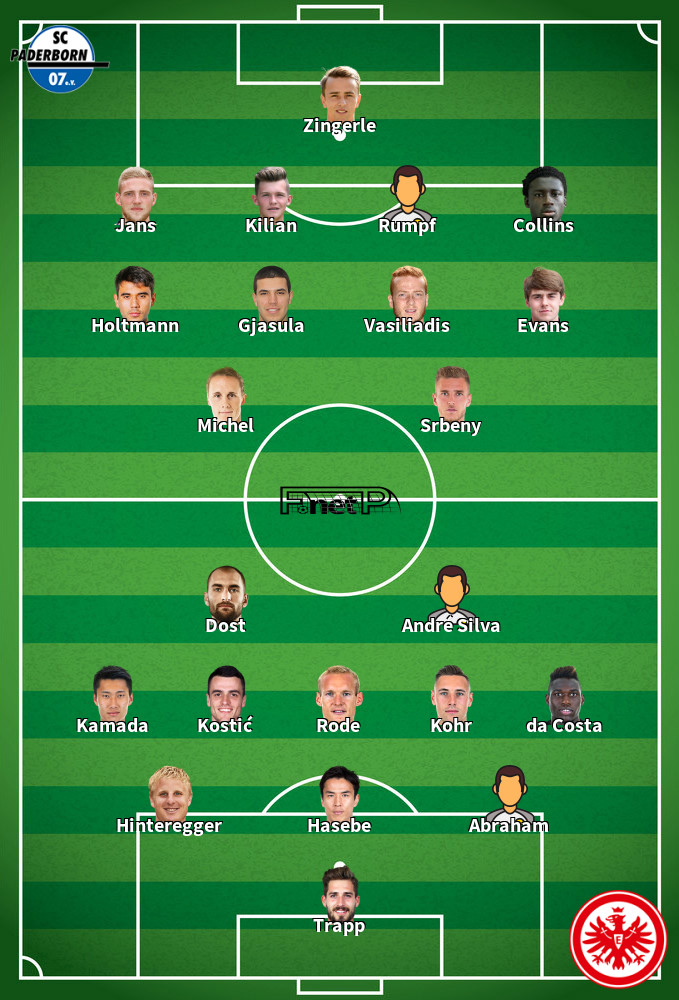 Typically taking to the field in the Striker position, André Silva was born in Baguim do Monte, Portugal. After having made a senior debut playing for FC Porto in the 2015 - 2016 season, the goalscoring Forward has got 11 league goals in the Bundesliga 1 2019 - 2020 campaign so far coming from a total of 24 appearances.

We have made these Eintracht Frankfurt v Paderborn predictions for this match preview with the best intentions, but no profits are guaranteed. Please always gamble responsibly, only with money that you can afford to lose. Good luck with your selections.